Loaded four sets of MSTN1b active form protein (in 1x TBS) of 15uL protein + 15uL reducing sample buffer (after boiling for 5mins.) onto a Pierce 4-20% tris-hepes gel. Also loaded four sets of 10uL SeeBlue ladder, along with 5uL of positive control lysate. These were each loaded into the same lane. Ran gel @ 150V for 45mins. Samples were transferred to nitrocellulose 15V for 15mins. Gel was stained with Coomassie stain for 45 mins and then destained with 10% acetic acid until bands were clearly visible. 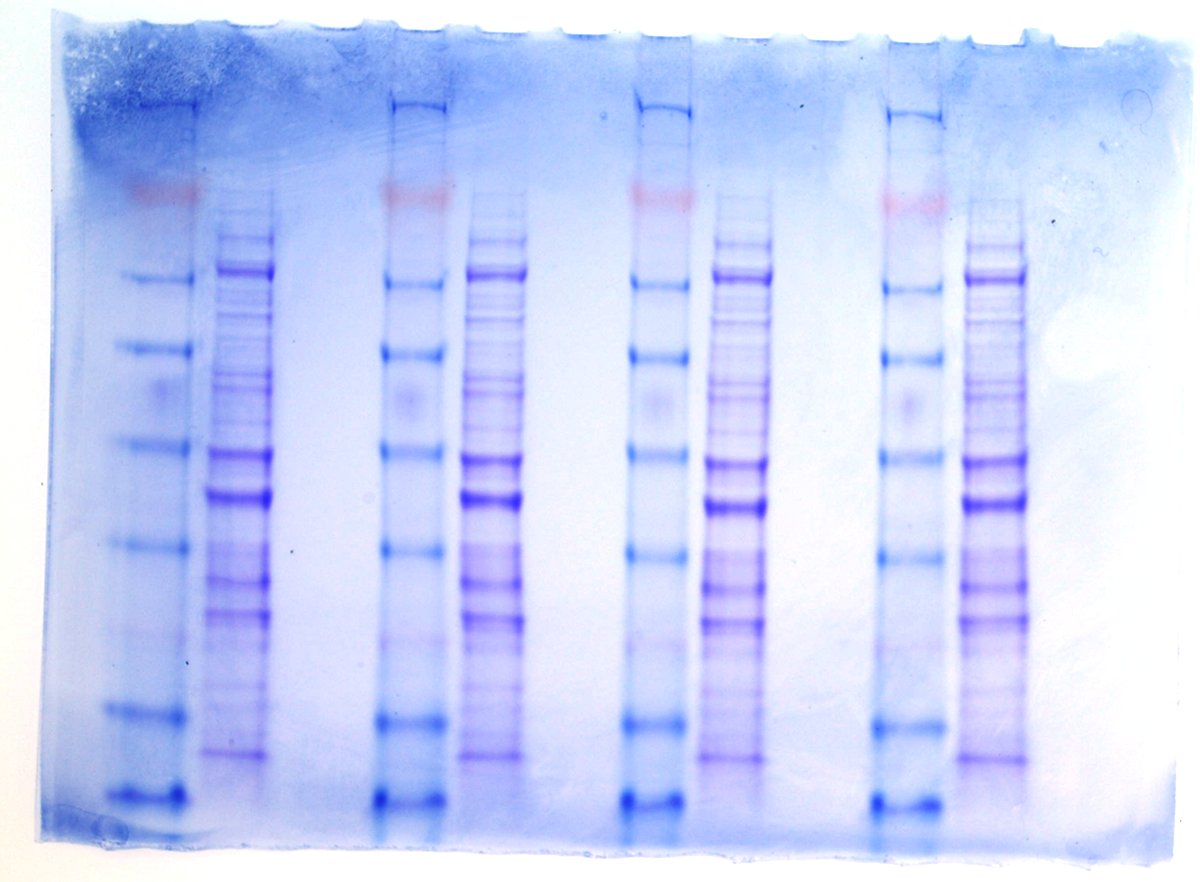 Samples are loaded as: Ladder, MSTN1b, blank. Repeat across gel.

Membrane was cut into four pieces: two for standard Western blotting and two for the colorimetric development. These were blocked in 15mL of blocking solution (standard) or 10mL of blocking solution (chromogenic) for 30mins. Primary antibodies used were anti-c-Myc (mouse) and anti-His (rabbit). For the standard Western, they were used at a 1:5000 dilution. For the colorimetric, they were used at a 1:1000 dilution (per the antibody info sheet). Membranes were incubated with primary antibodies for 1 hr. Membranes were washed per the protocol. Secondary antibodies (GAR AP for chromogenic; DAR HRP & GAM HRP for chemiluminescent) were added. 1:3000 dilution for chromogenic and 1:5000 dilution for chemiluminescent. Incubated for 30 mins. Membranes were washed per the protocol.

Chromogenic: Added substrate to membranes and incubated for ~5mins. until band was very prominent. 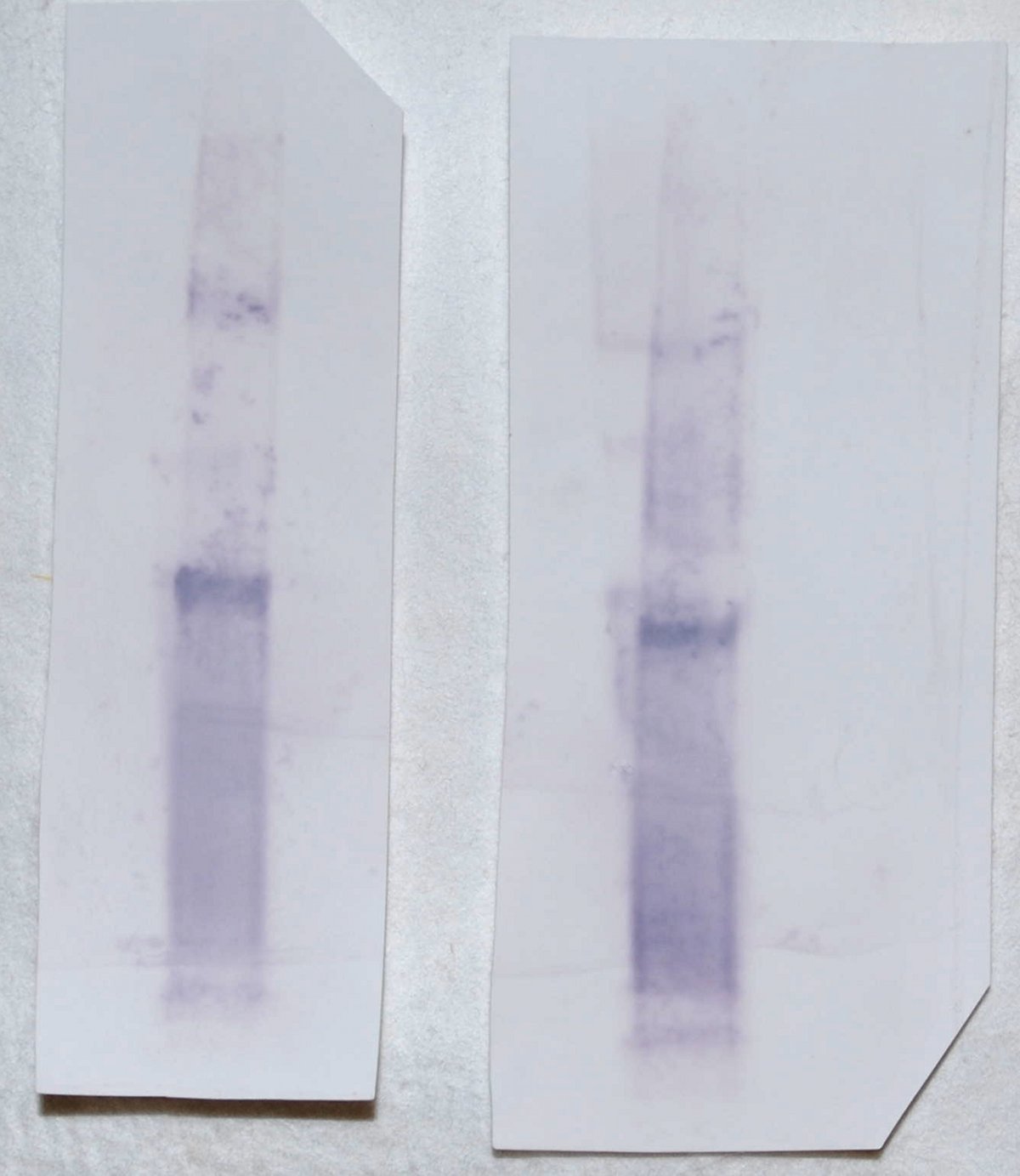 Prominent band is MSTN1b. Smearing is commonly seen with this recombinant protein. Positive control lysate (12-tag marker) was not detected.