Pacific oysters, a mussel, barnacles and a clam (sp. ?) were transferred from the holding tank to a large beaker with sea water which was placed into a 37C water bath. The shellfish were incubated in this water bath for ~3hrs. Tissues were collected from each, transferred to a 50mL conical tube and immediately placed in a dry ice/ethanol bath:

0.02 - 0.07g of each tissue were weighed, added to a 1.5mL tube containing 0.5mL CelLytic MT + protease inhibitors and homogenized. For the barnacles, ~8 barnacles were transferred to a weigh boat and smashed with a hammer. This was then transferred to a 1.5mL tube with CelLytic MT + protease inhibitors. Tubes were spun @ max speed @ 4C for 10mins. Supe was transferred to a fresh 1.5mL snap cap tube. 15uL of each sample was transferred to a screw cap tube containing 15uL of 2X reducing sample buffer. Tubes were boiled for 5mins and then spun for 1min @ max speed @ 4C. Samples were loaded on Pierce 4-20% Tris-HEPES SDS PAGE gels and run 150V for 45mins. 10uL of SeeBlue Plus ladder was also loaded on the gel.

Gel, membrane, and blotting paper were soaked for 15mins in transfer buffer (Pierce recipe w/methanol). Proteins were transferred to nitrocellulose membranse for 30mins @ 20V. Gel was stained for ~40mins in Coomassie stain and then destained w/10% acetic acid solution until bands were clearly visible. 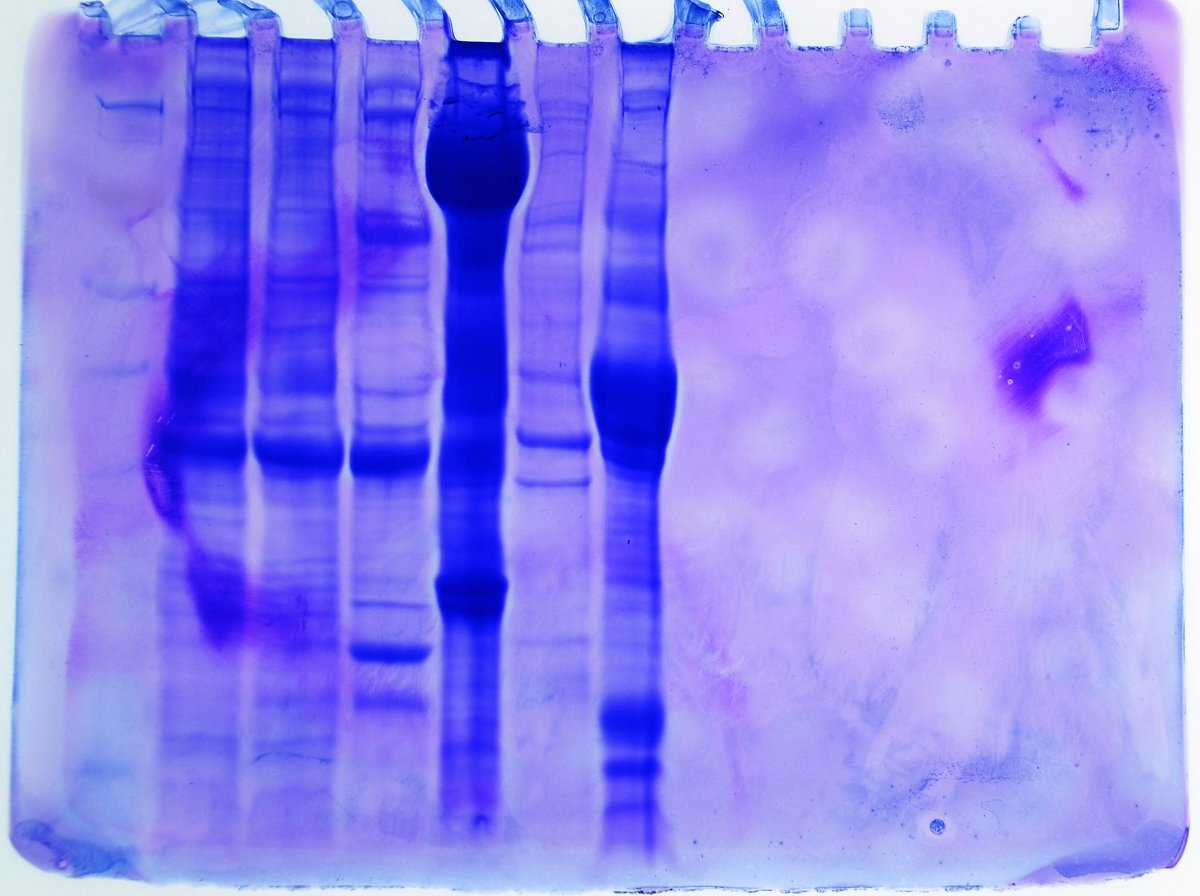 Western blotting was done according to Invitrogen WesternBreeze Chromogenic (anti-mouse) protocol. Primary HSP70 Ab was used at a 1:3000 dilution (per the Meistertzheim et al. paper). 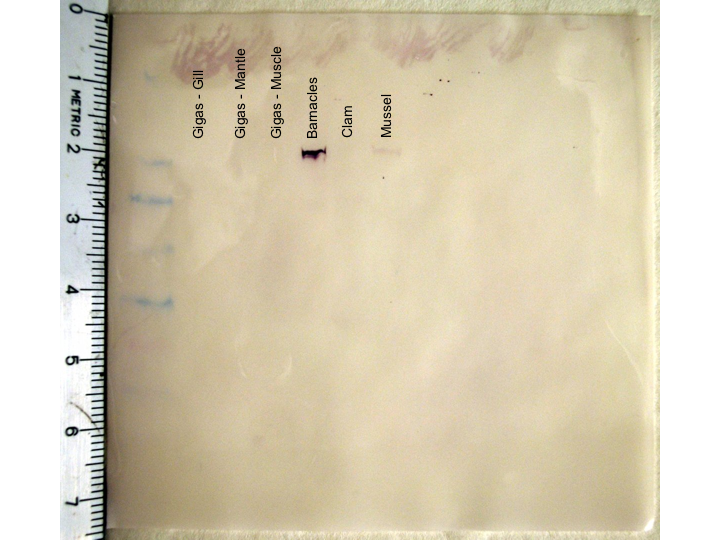