Isolated according to JGI protocol (Word doc). Used 100mL, 8 day old culture inoculated from a plate on 20090505. Resuspended pellets in 740uL of TE and took an OD600 via the NanoDrop. Diluted the sample appropriately to an OD600 ~ = 1.0 in a final volume of 740uL TE (see the last three measurements for OD600 of final dilution).

Followed protocol. Recovered 300uL of aqueous phase prior to precipitation with isopropanol (Step #21). Resuspended DNA in 20uL of H2O. Will run samples on gel according to JGI instructions. 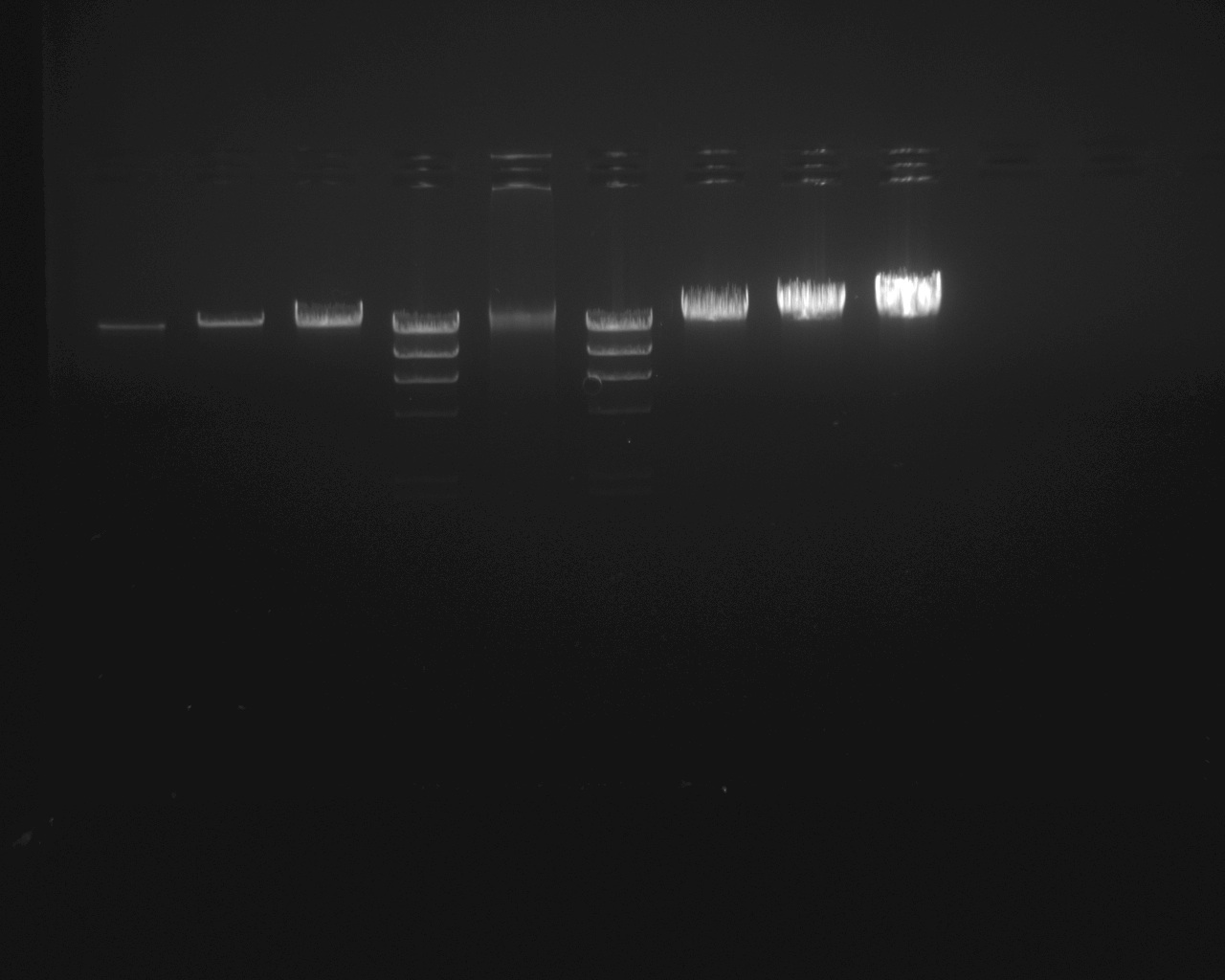 Results: DNA looks stellar! Just like the example gel in the JGI QC documentation. however, looks to be too little TOTAL yield of DNA to send for sequencing (need