This was done on the numbered tubes using the LABY A/Y primers for eventual sequencing. Turns out many of the tubes have some info (other than just a number) on their sides which might provide more information regarding which isolate they actually are. PCR set up is here. Annealing temp 55C.

Results: Samples were loaded 1-29 and three negative controls from left to right, top to bottom. 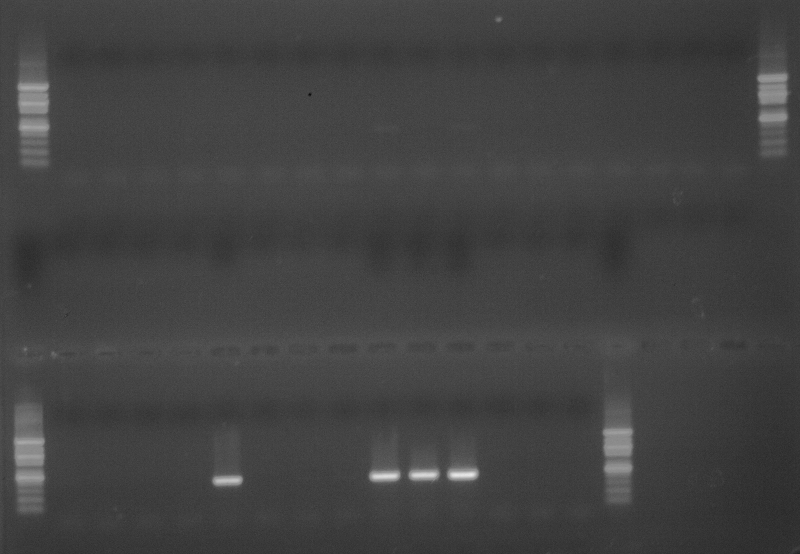 There are four prominent bands from Tubes 23, 27, 28, 29. These four bands were excised and purified with Millipore spin columns according to protocol. They will be sent for sequencing. There are faint bands visible from Tubes 9 & 11. Due to the faintness, they were not excised as there may not be enough product for sequencing. The remainder of the samples failed to produce any amplicons.