The gel below shows the comparison/results of total RNA and subsequent mRNA isolations. The gel indicates the following: 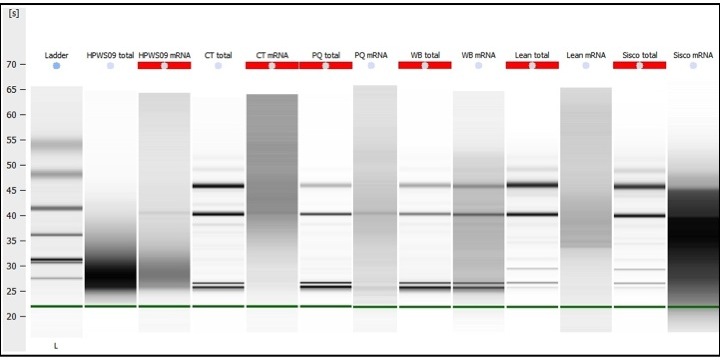 The WB total RNA is the red graph which shows extremely high levels of rRNA (as expected). After subsequent mRNA isolation (the blue graph), the rRNA is virtually gone and no longer comprises a significant portion of the sample.