Reactions were run with both primers on both libraries, just to ensure that in case there was any confusion in primer design. When finished, I will remove 2uL of the PCR reaction for use in a nested PCR reaction. Will run a gel with both sets of products, once the nested PCR is completed. 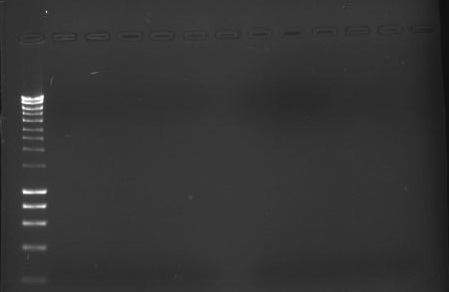 As has generally been the case, our primary RACE PCRs failed to produce any products. This is why I performed the nested PCR (described above) before viewing the results of this primary PCR.