Performed PCR on 40 colonies using both qPCR primer sets to see if I could differentiate between which colonies potentially contained each isoform to reduce the amount of clones needed for sequencing. Master mix and cycling params are here. Primers used were: 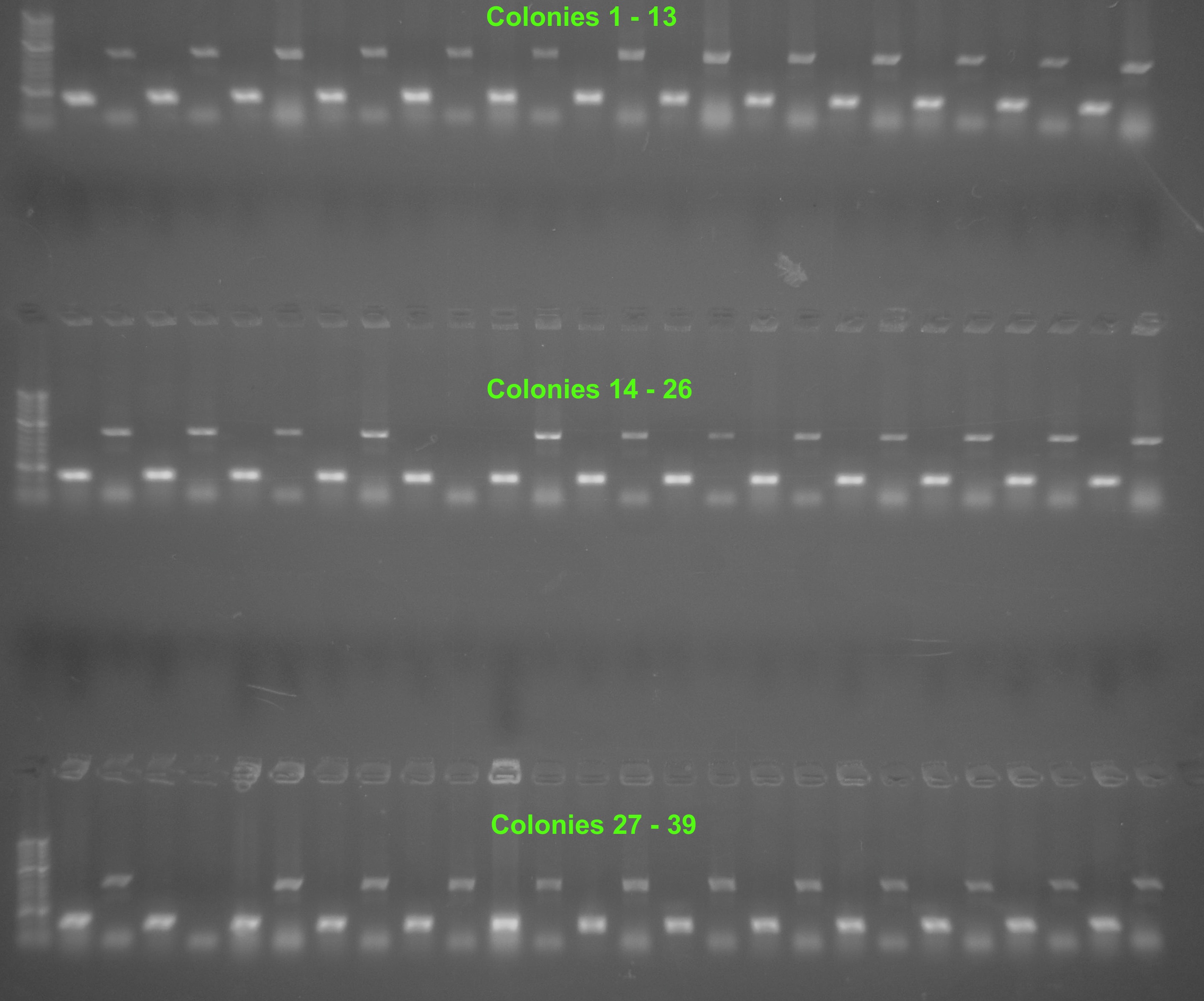 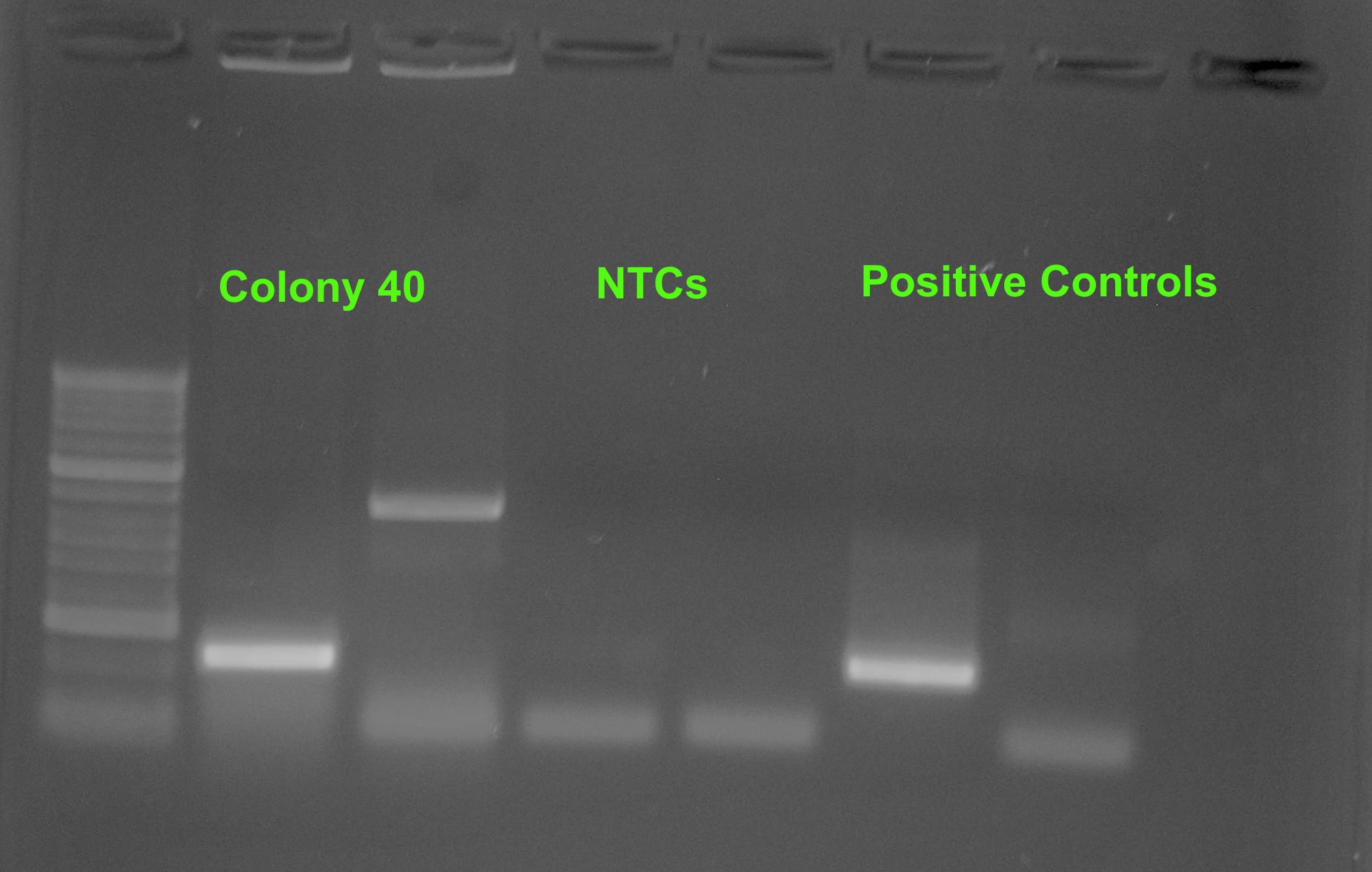 Ladder is Hyperladder II (Bioline). Samples are loaded, left to right, as PGS1 and PGS2 on each colony (e.g. on the bottom gel image, under the “Colony 40” label is the PGS1 rxn on the left and the PGS2 rxn on the right).

It is confusing as to why the size of the PGS2 positive control is different than the product that was generated from the colony PCRs.

Will select 10 colonies for mini-preps.