Due to the poor quality DNA yielded by the DNeasy Kit (Qiagen; see 20140404), I am re-isolating these samples using DNazol (Molecular Research Center). Weighed tissue from each frozen sample:

Incubated samples in 500uL of DNazol + 100ug/mL Proteinase K (2.7uL of 18.5mg/mL stock) O/N at RT on rotator. An additional 500uL of DNazol was added, mixed by pipetting to break up remaining tissues clumps. Manufacturer’s protocol was followed, substituting the first EtOH wash with a wash of 70% DNazol, 30% 100% EtOH. Samples were resuspended in 100uL Buffer EB (Qiagen) and spec’d on a NanoDrop1000.

NOTE: Mac’s sample seemed to get “chunky”/cloudy during the precipitation portion of the procedure. Claire’s remained clear. Although not noted, Mac’s sample behaved in a similar fashion when adding Buffer AL to the sample when using the Qiagen DNeasy Blood & Tissue Kit. Finally, Mac has previously mentioned this behavior to me as well. 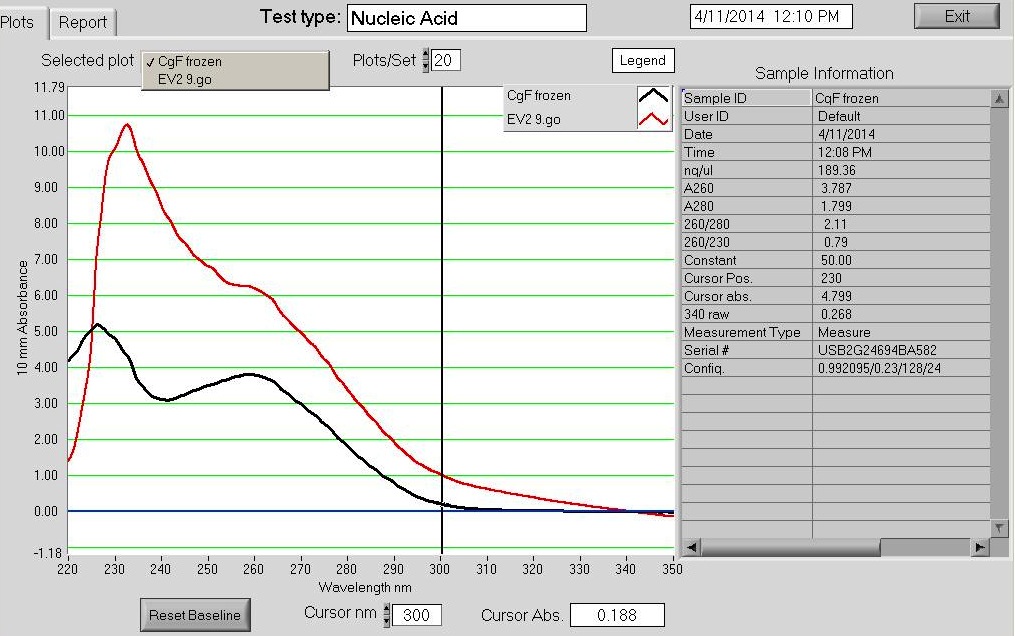 Both samples exhibit poor 260/230 ratios and high absorbance at 230nm is evident in both samples. Mac’s sample may benefit from 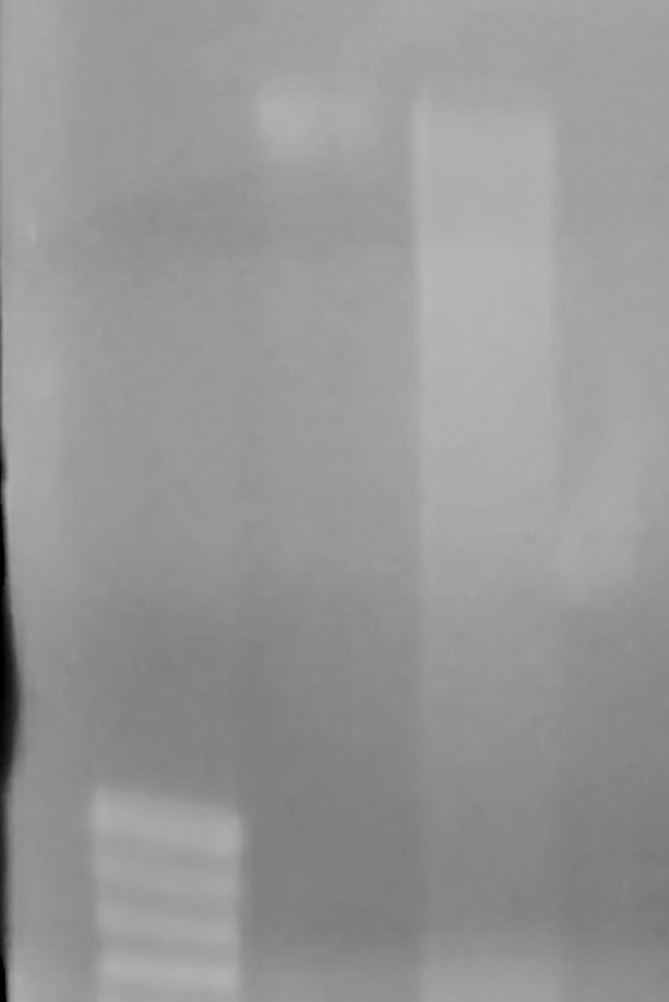 Claire’s sample looks pretty good, in relation to the lack of smearing. A single, high molecular weight band is present (albeit, faint) with almost no smearing. However, I’m disappointed by the lack of definition in the band. I fully expected a sharper, more defined band.

Mac’s sample shows a high molecular weight band and significant smearing. Smearing could be indicative of either DNA degradation or high amounts of RNA carryover. If the latter, could explain the high yield.

Will attempt to clean up both samples (RNase and/or do a chloroform clean up).