Due to low 260/230 values and Mac’s smeary sample, performed a phenol-chloroform DNA cleanup on the samples isolated 20140410.

Performed an ethanol precipitation on each sample.

NOTE: Mac’s sample exhibited the same chunky/cloudiness upon addition of 100% EtOH that has been seen previously by both her and myself… 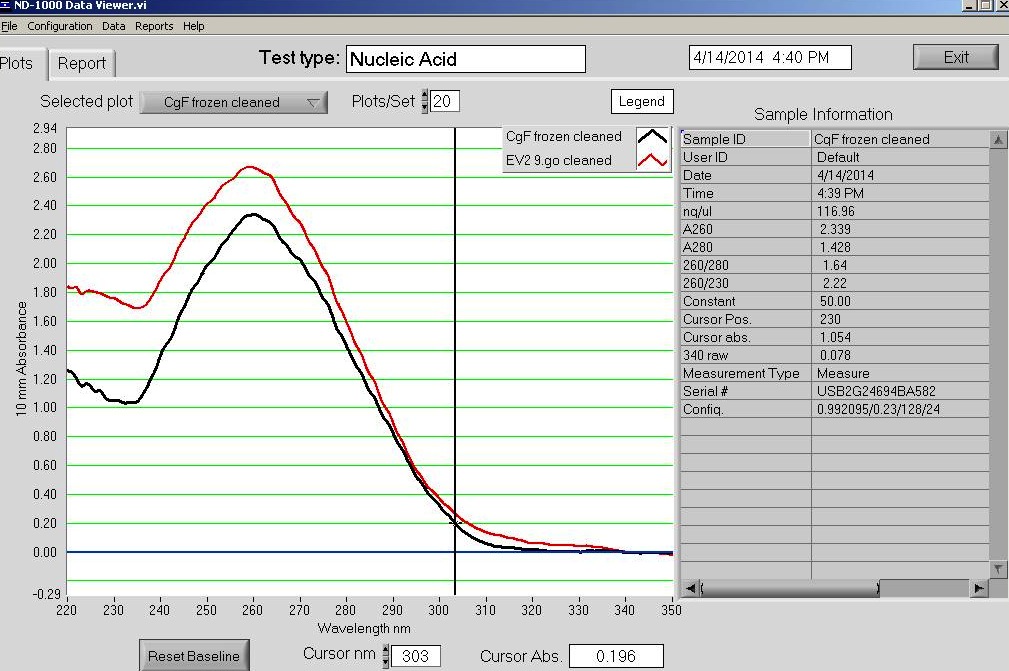 So, the clean up seemed to work wonders on the 260/230 values. Not surprisingly, Mac’s sample didn’t clean up nearly as nicely as Claire’s, based on my observations of the odd behavior during EtOH precipitation.

And, despite the nice, clean looking peaks, the 260/280 ratios are actually WORSE than the original isolation. Will run on gel for a further assessment of quality/integrity. 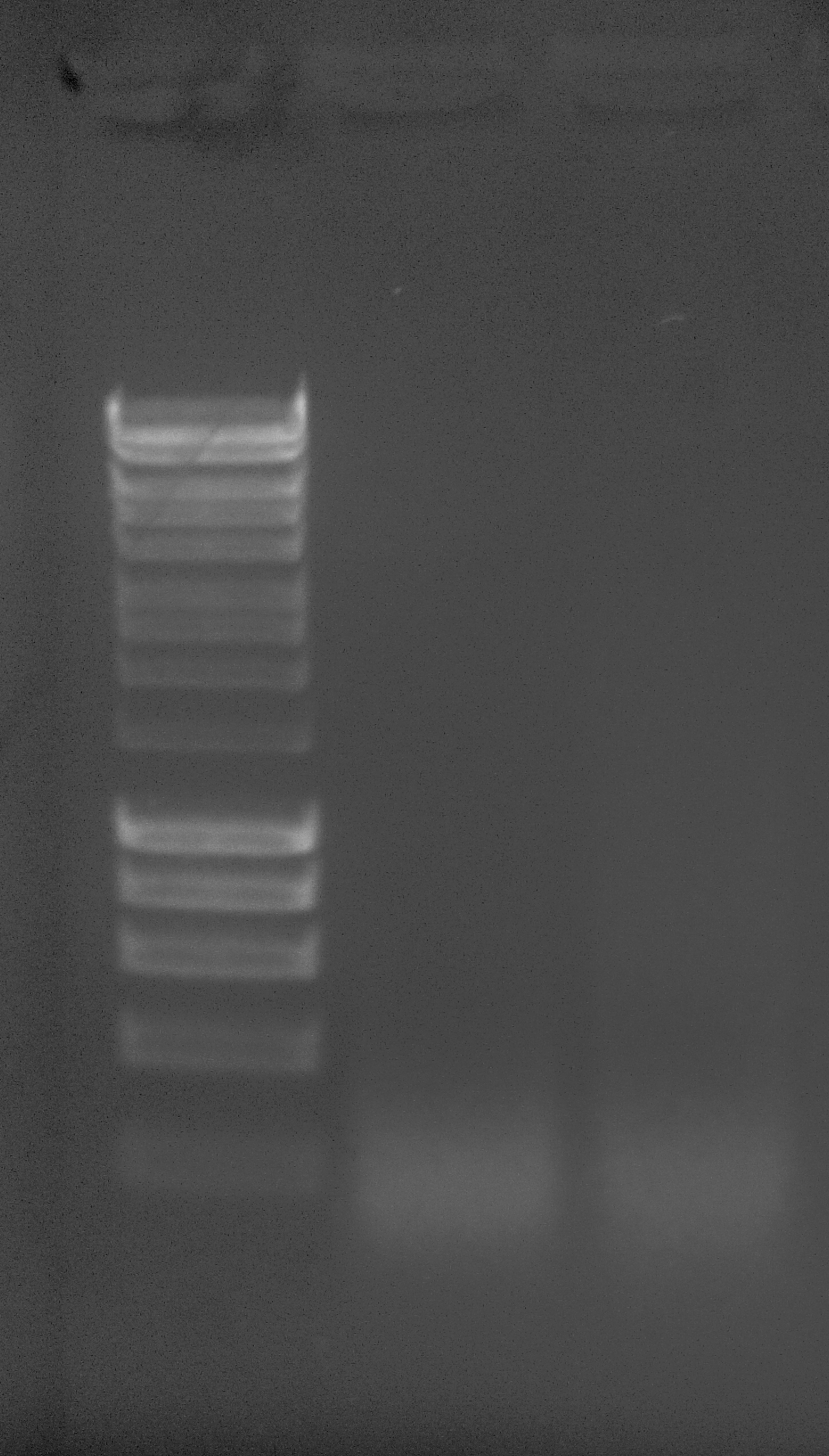 Well, this totally sucks. Both samples appear to consist of nothing but 150-200bp fragments. Is something actually degrading these samples? The Buffer EB I used during the initial extraction is certainly old. Possible source of degradation? Ugh. Maybe I’ll try this again, but resuspend in TE…