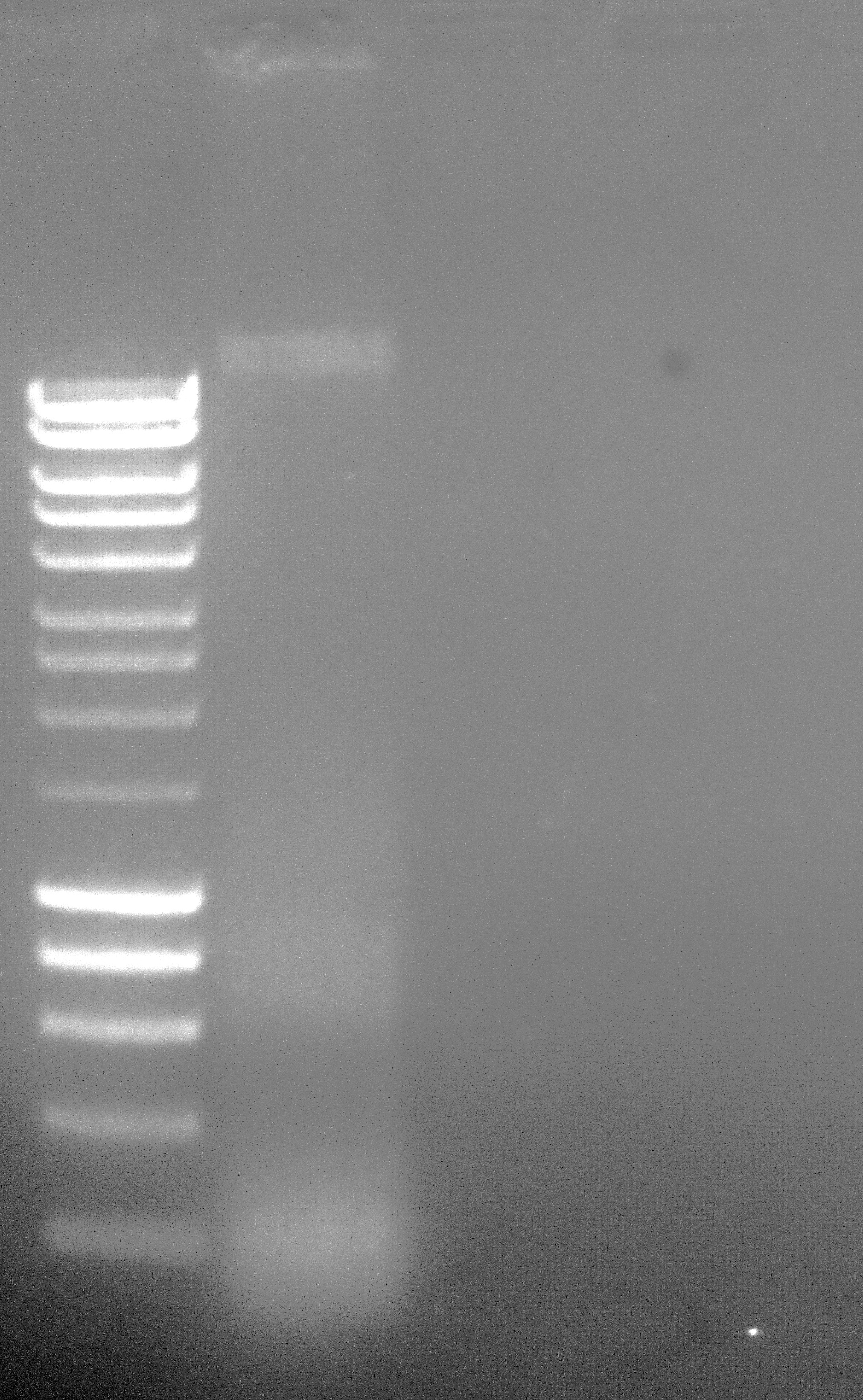 Well, this certainly looks much better than previous preparations, in that there is an obvious high molecular weight band present (previously, this had been absent). The low molecular weight bands/smears are possibly RNA carryover and/or degraded DNA. Will discuss with Steven and then, most likely, bring downtown for Illumina sequencing.

I’m not entirely sure what is happening here. Until very recently, there were almost never such egregious differences between the NanoDrop measurements and what they were measuring downtown at the sequencing facility. It seems as though they have changed the way they quantify samples (possibly using an Agilent Bioanalyzer instead of the Life Technologies Qubit fluorometer?), but this doesn’t mean their measurements are incorrect. However, I’m starting to suspect that the reason the initial sequencing of this sample was due to an overestimation of the quantity of input DNA (since I believe they were still using the fluorometer back then).

As such, it’s become clear that C.gigas gonad samples seem to yield poor quantities of gDNA, relative to the amount of input material. Additionally, there may be insufficient sample left to generate a useable quantity of gDNA to complete this resequencing effort.