DNA was isolated from the following samples:

Some tubes contained a high quantity of algae, based on quantity of material in tube and overall green color. 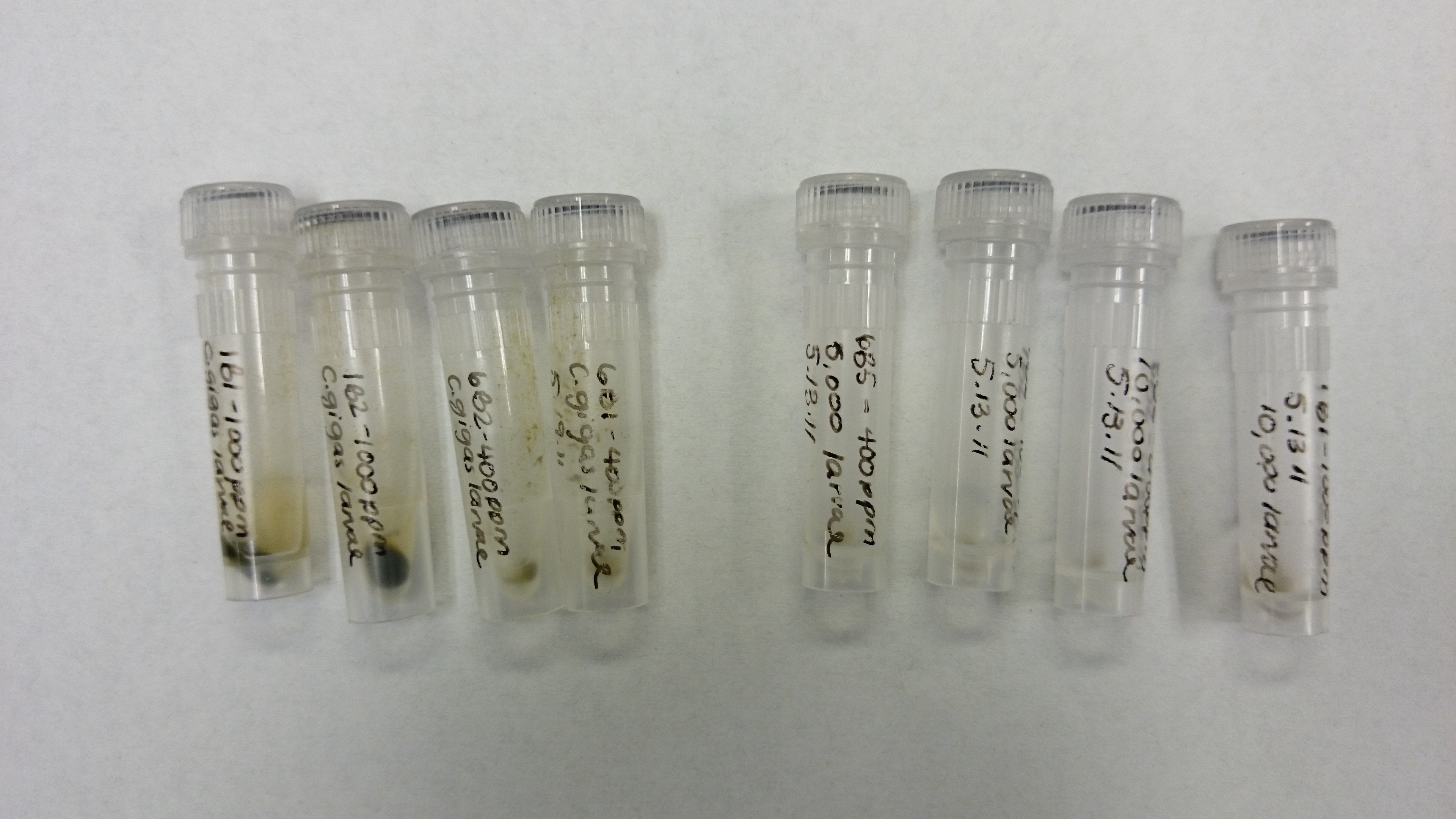 Sample tubes after brief spin, prior to DNA isolation.[/caption]

Prior to isolation, samples were briefly spun (12,000g, 15s @ RT). Supernatants were discarded.

Samples were resuspended in 180uL of Buffer AL and 20uL of Proteinase K. Samples were mixed by vortexing and incubated @ 56C O/N.

Due to low quantities of starting tissue, samples were eluted with 200μL of Buffer EB to maximize DNA recovery.

Samples were prepared for quantification via fluorescence using the Quant-iT DNA BR Kit (Life Technologies/Invitrogen). The manufacturer’s protocol was altered to use 5μL of sample and 5μL of standards (instead of 10μL) in each well. All samples/standards were run in duplicate and read on a FLx800 plate reader (BioTek). 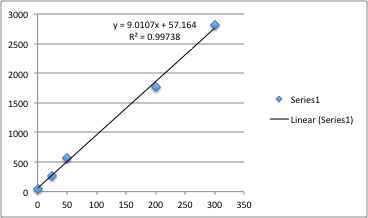 Calcs and resulting quantities are here:

All samples have yields great enough to proceed with shearing and bisulfite conversion.

Samples 1B1 and 1B2 from 20110519 have extremely large yields.  This is not surprising, considering the amount of algae present in the source tubes.  Will process only 500ng from each sample.

Samples were sonicated/sheared in the Bioruptor (Diagenode) with the following cycling protocol:

Cycling params were adjusted from the last time I performed this, since I felt the final sheared size was a bit on the small size.

After shearing, samples were stored @ 4C until I could SpeedVac them to reduce their volumes, as the bisulfite treatment step requires volumes < 24uL.