Isolated RNA from geoduck gonad previously preserved with the PAXgene Tissue Fixative and Stabilizer and then embedded in paraffin blocks. See Grace’s notebook for full details on samples and preservation.

RNA was isolated from only two samples using the PAXgene Tissue RNA Kit (Qiagen) from the following geoduck sample blocks to test out the kit:

Five 5μm sections were taken from each block.

Samples were stored at -80C in Shellfish RNA Box #5.

NOTE: The spreadsheet linked indicates other samples exist in the slots that I placed these two samples. Will need to update the spreadsheet to be accurate. 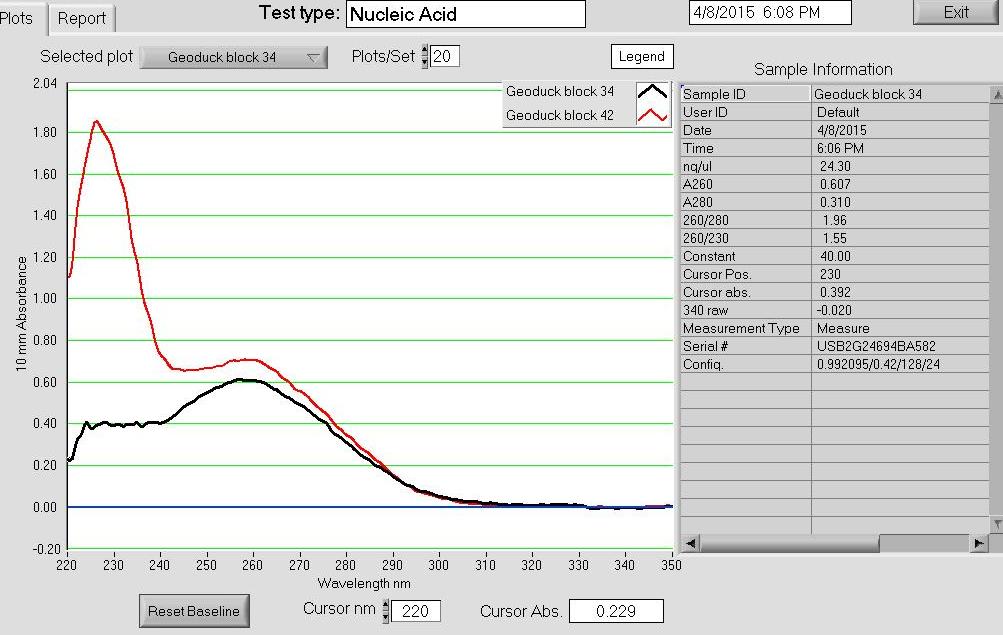 Looks like the kit worked! Yields are pretty good (~800ng) from each. The 260/280 ratios are great for both samples. Oddly, the 260/230 ratios for the two samples are pretty much polar opposites of each other; not sure why.

Will proceed with the remainder of the samples that were selected by Steven and Brent. Or, maybe I should try to make some cDNA from these RNA samples to verify the integrity of the RNA…