Isolated RNA from geoduck gonad previously preserved with the PAXgene Tissue Fixative and Stabilizer and then embedded in paraffin blocks. See Grace’s notebook for full details on samples and preservation.

Five 5μm sections were taken from each block. A new blade was used for each block.

Samples were then processed with the PAXgene Tissue RNA Kit in two groups of eight. 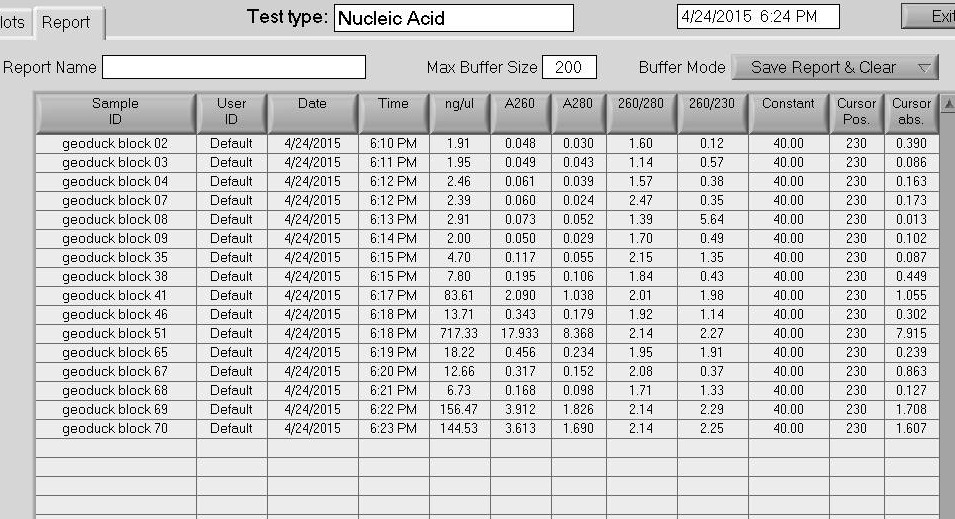 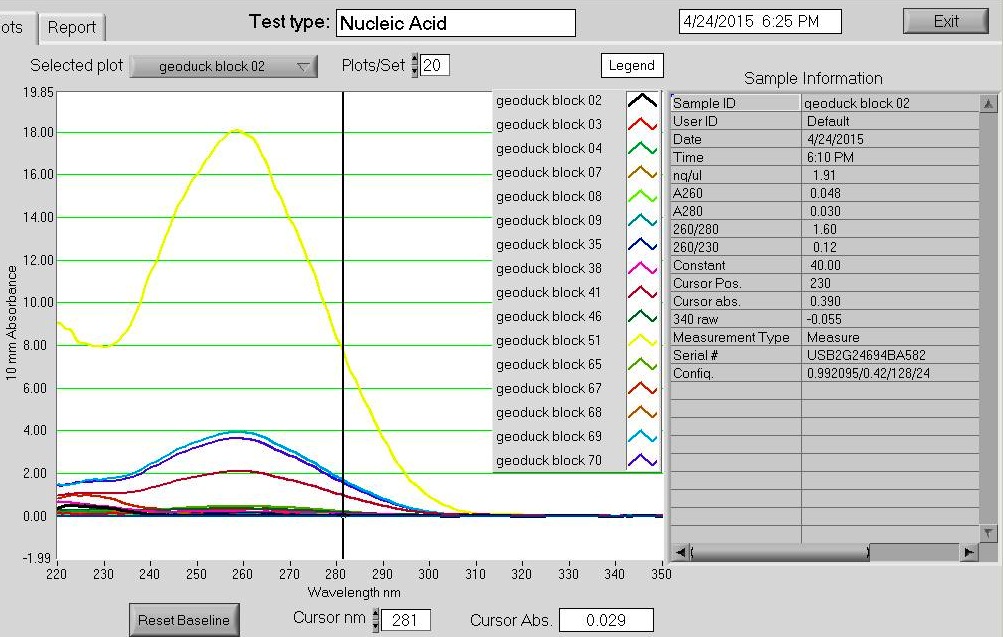 Well, these results are certainly not good.

The first set of eight samples I processed yielded no RNA (except #38, which is only marginally better than nothing). All the samples (excluding #38) have been discarded.

The second set of eight samples I processed range from amazing to poor (#68 was barely worth keeping).

I’ll review the protocol, but at the moment I’m at a loss to explain why the first set of eight samples came up empty. Will perform another on these blocks on Monday. Grrrrr.

Samples were stored at -80C in Shellfish RNA Box #5.