Last week’s RNA isolation failed for more than half of the samples I processed. I will re-isolate RNA from the following samples:

Five 5μm sections were taken from each block. A new blade was used for each block.

Samples were then processed with the PAXgene Tissue RNA Kit in two groups of six. 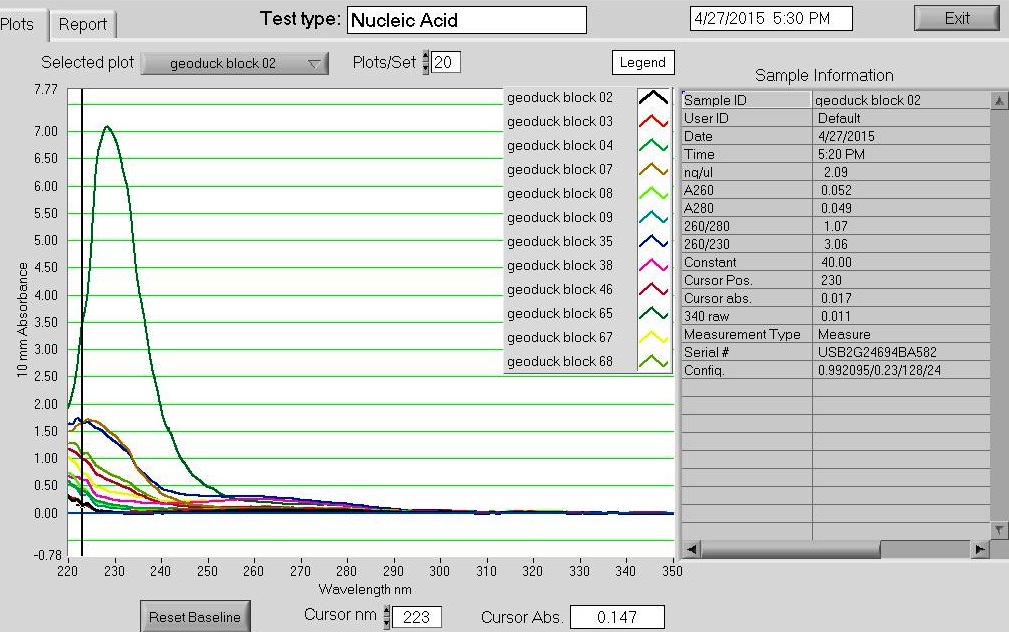 All samples with concentrations < 5ng/μL were discarded. The remaining samples were stored @ -80C in Shellfish RNA Box #5:

Will discuss with Steven, look at Grace’s notebook to review the preservation process for these samples, and review the PAXgene Tissue RNA Kit to see if it will accommodate a greater number of microtome sections to use for isolation.