Last week’s RNA isolation (a second attempt at obtaining RNA from the samples) performed poorly. I will re-isolate RNA from the following samples:

Instead of full sections from each histology cassette, I gouged/shaved off samples directly from the tissue in each of the blocks to maximize the amount of tissue input. However, due to the small size and susceptibility to flying around because of static electricity, none of these were able to be weighed prior to processing.

Samples were then processed with the PAXgene Tissue RNA Kit in a single group. 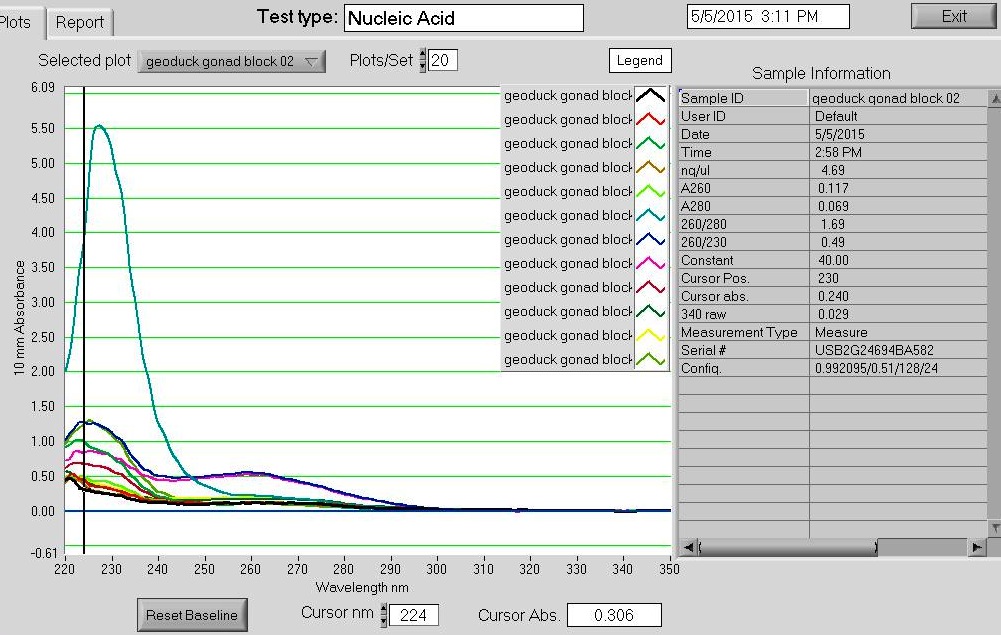 Well, despite the low numbers, all of the samples (excluding 46 - 68) are double the yield of what I saw previously. This is good, but the amount of RNA from these is probably borderline sufficient quantity for RNA-Seq.

The kit has enough columns for six sample preps. I think I’ll attempt this strategy again (gouging/shaving directly from tissue in histo cassette), but really take a fair amount of tissue this time and see if I can get more.