The RNA isolation I performed earlier this week proved to be better for some of the samples (scraping tissue directly from the blocks), but still exhibited low yields from some samples. I will perform a final RNA isolation attempt (the kit only has six columns left) from the following samples:

Instead of full sections from each histology cassette, I gouged samples directly from the tissue in each of the blocks to maximize the amount of tissue input.

Samples were then processed with the PAXgene Tissue RNA Kit in a single group. 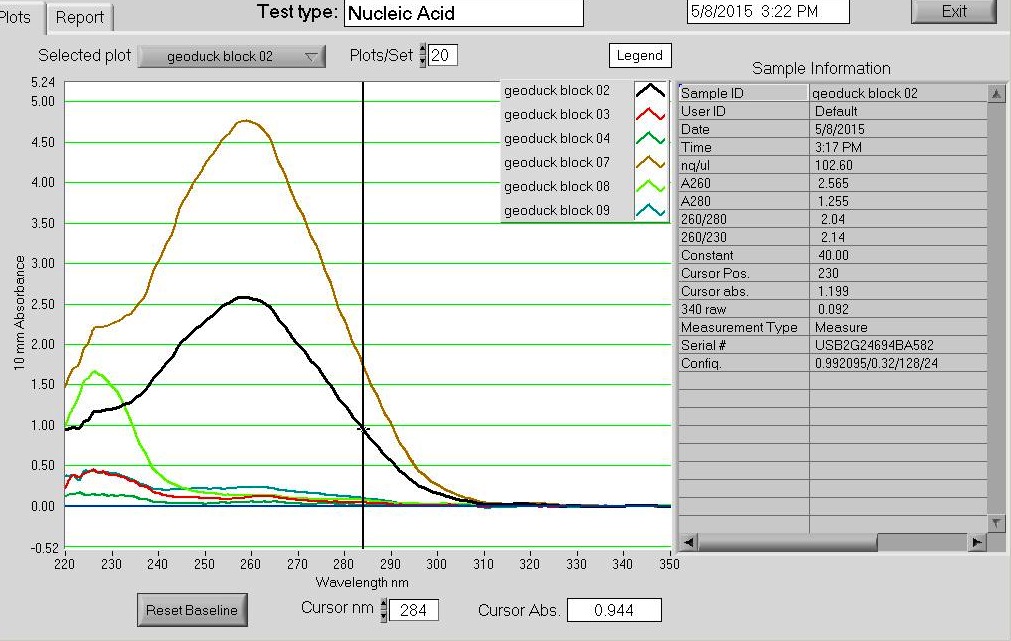 Two samples (02 and 07) produced great yields and perfect RNA (260/280 and 260/230 of ~2.0). The remainder of the samples showed little improvement compared to what I’ve been obtaining from the previous three attempts. Will discuss with Steven and Brent about how to proceed with this project.