I’ve been tweaking a [shell script (notebook_backups.sh)(https://github.com/sr320/LabDocs/blob/master/code/script-box/notebook_backups.sh) to use the shell program wget to retrieve fully functional HTML versions of our online notebooks for offline viewing. I had been planning on setting up a cron job to automatically run this script on our Synology server (Eagle) at a set day/time. However, I came across the Task Scheduler that’s built right into the Synology GUI! So, I set up the Task Scheduler to run the notebook_backups.sh script every Sunday. See screenshots below. 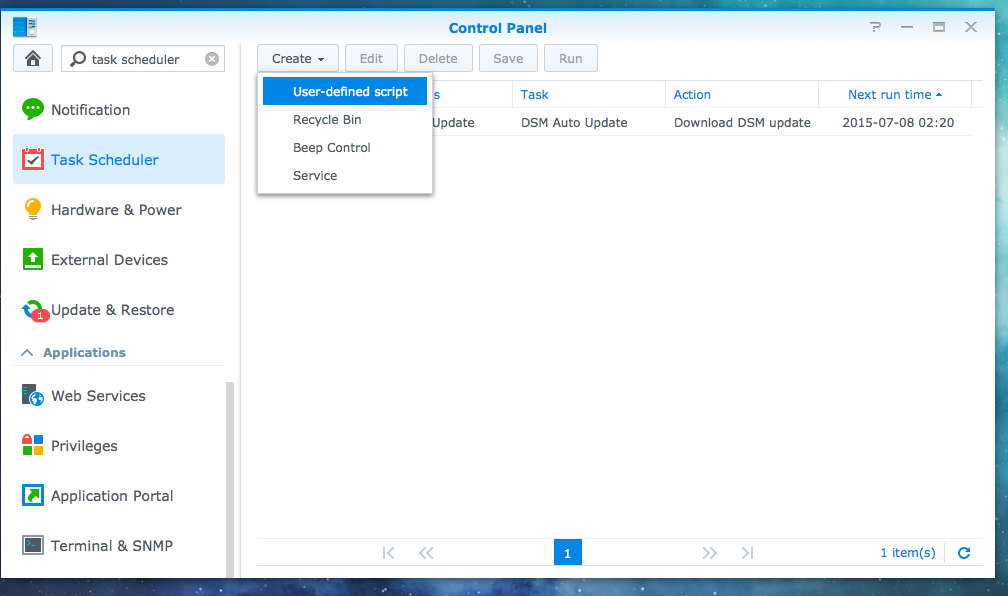 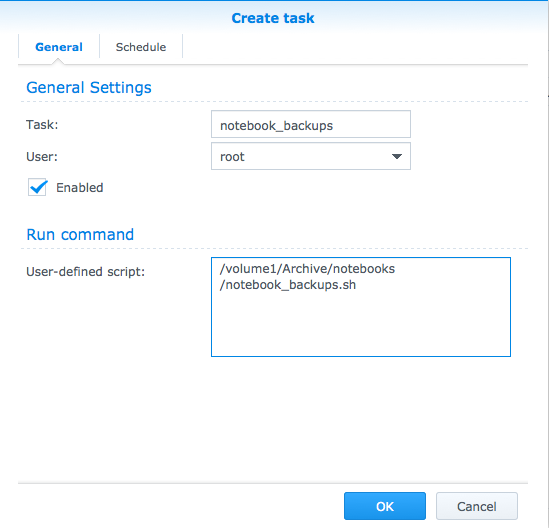 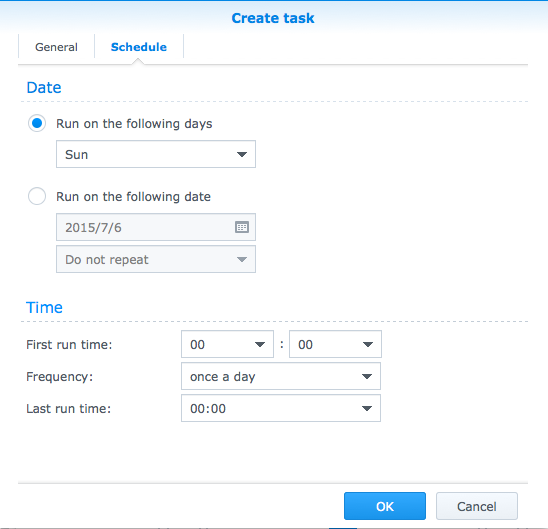 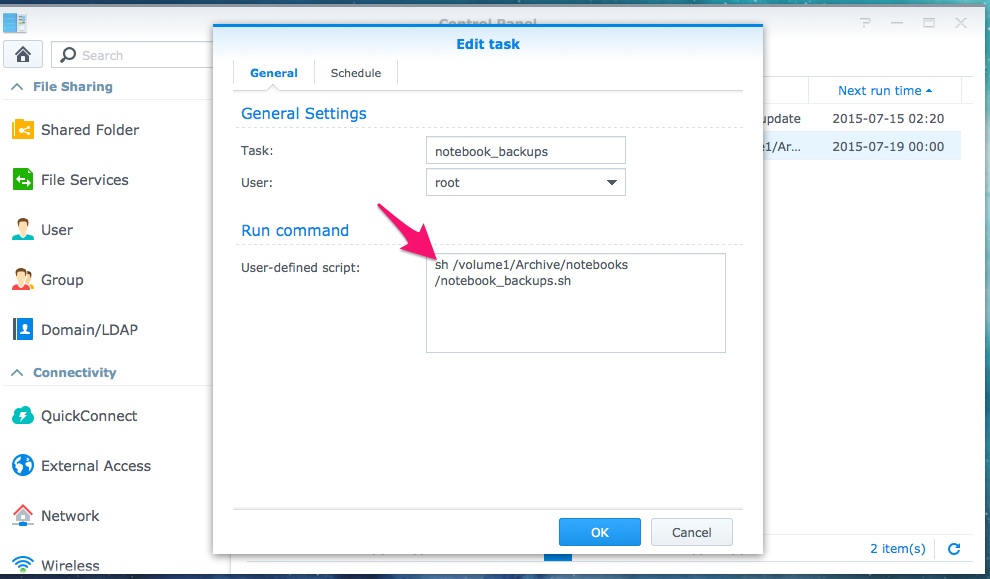