Previously isolated gDNA from these tissues on 20150901. However, found out after the isolations that BGI needs >73μg of gDNA for the genome sequencing project, which is significantly more than I obtained previously.

Spec’d on Roberts Lab NanoDrop1000 (ThermoFisher) and stored temporarily at 4C to avoid freeze-thawing before sending off for sequencing. 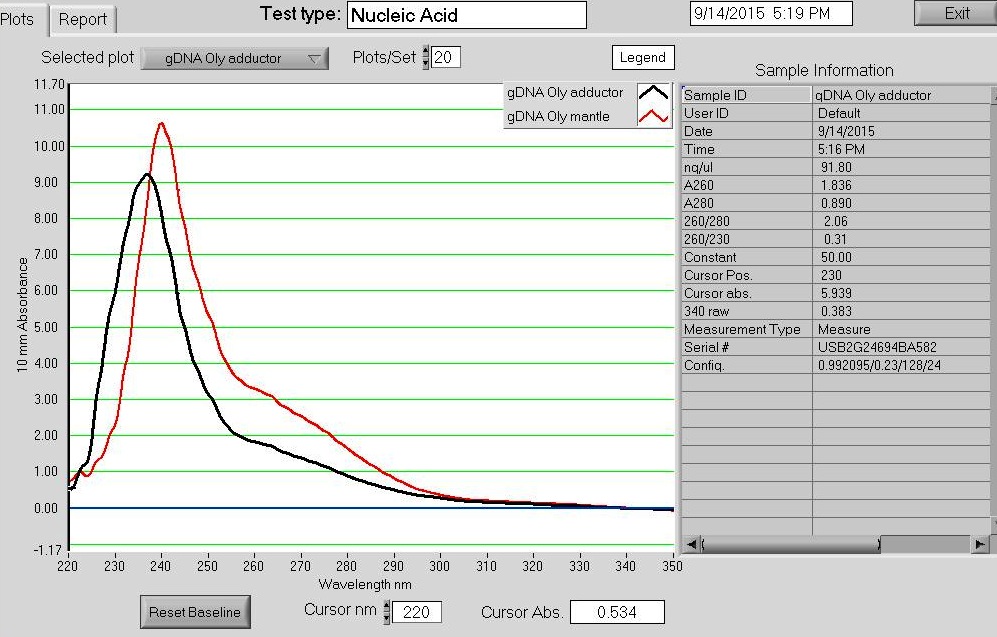 Overall, the 260/280 ratios look pretty good, but the 260/230 ratios are just trash. As can be seen in the plots above, there is clearly significant absorbance in the 230 - 250nm, suggesting some contaminant carryover (phenol/salt).

Total yield from this isolation is still below the minimum quantity of gDNA needed for the sequencing project. Will need to perform another round of gDNA isolation.