My isolation on Friday didn’t yield a sufficient quantity of gDNA for the additional DNA needed for the geoduck genome sequencing project. Used two adductor muscles (Box 1) samples collected by Brent & Steven on 20150811.

Samples were isolated using DNAzol (Molecular Research Center) according to the manufacturer’s protocol, with the following adjustments:

NOTE: Both samples produced a stark white, “cottony” precipitate after the addition of the ethanol. This precipitate was transferred to a clean tube and processed in the same fashion. 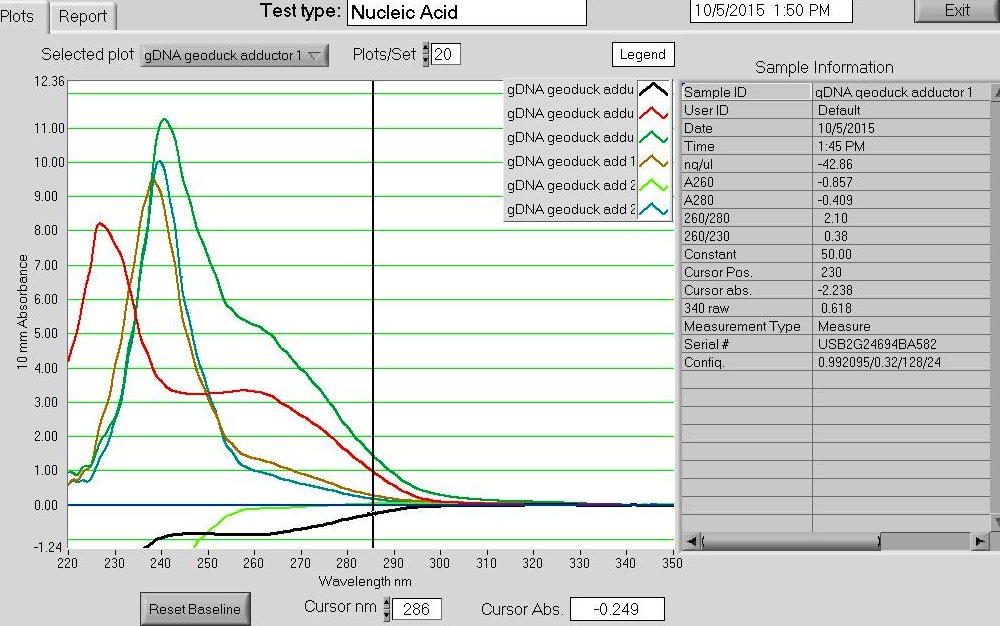 The two “fluff” samples aren’t good (extremely high 260/280 ratios, very low 260/230 ratios, and weird peak at 240nm). Not sure what the fluff is that precipitated out with the EtOH addition. Will discard them.

The two normal samples look fine. Will use them for pooling.