Since we still don’t have sufficient gDNA for the full scope of the genome sequencing, I isolated more gDNA.

Tissue was thoroughly minced with a clean razor blade and then processed with the E.Z.N.A. Mollusc Kit (Omega BioTek) with the following changes:

The NanoDrop1000 overestimates the concentration of the sample by 1.6x!

Regardless, the yield isn’t all that great, which has generally been the case for all of the geoduck gDNA isolations I’ve performed. It would probably be prudent to try isolating gDNA from a different tissue to see if yields improve… 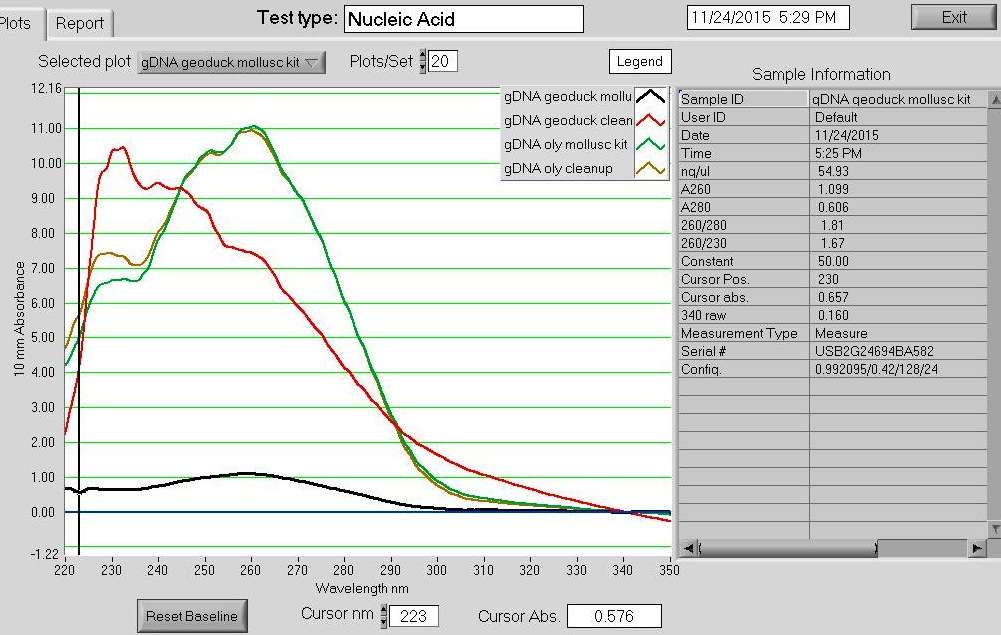