Isolated additional gDNA for the genome sequencing. To try to improve the quality (260/280 & 260/230 ratios) of the gDNA, I added a chloroform step after the initial tissue homogenization.

For the Qubit, the samples were quantified using the Qubit dsDNA BR reagents (Invitrogen) according to the manufacturer’s protocol and used 1μL of sample for measurement.

Yield is solid. We should finally have sufficient quantities of gDNA to allow for BGI to proceed with the rest of the genome sequencing! Will run sample on gel to evaluate integrity and then send off to BGI.

The addition of the chloroform step definitely helped improve the 260/280 OD ratio (see below). However, the addition of that step had no noticeable impact on the 260/230 OD ratios, which is a bit disappointing. 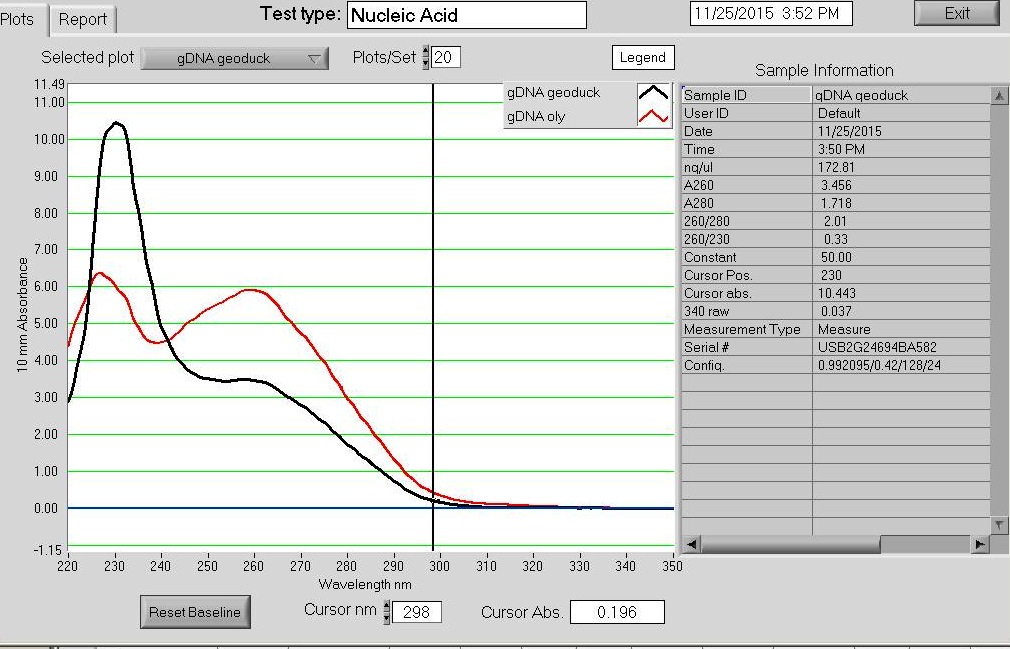