I previously highlighted some of the issues I was having using Authorea.com as an writing platform.

As a collaborative writing platform, it also has issues.

I recently received email notifications about comments made on the manuscript. However, when visiting my manuscript on Authorea, there are no indications that any comments have been made…

As it turns out, comments are currently only viewable when using Private Browsing/Incognito modes on your browser!!! 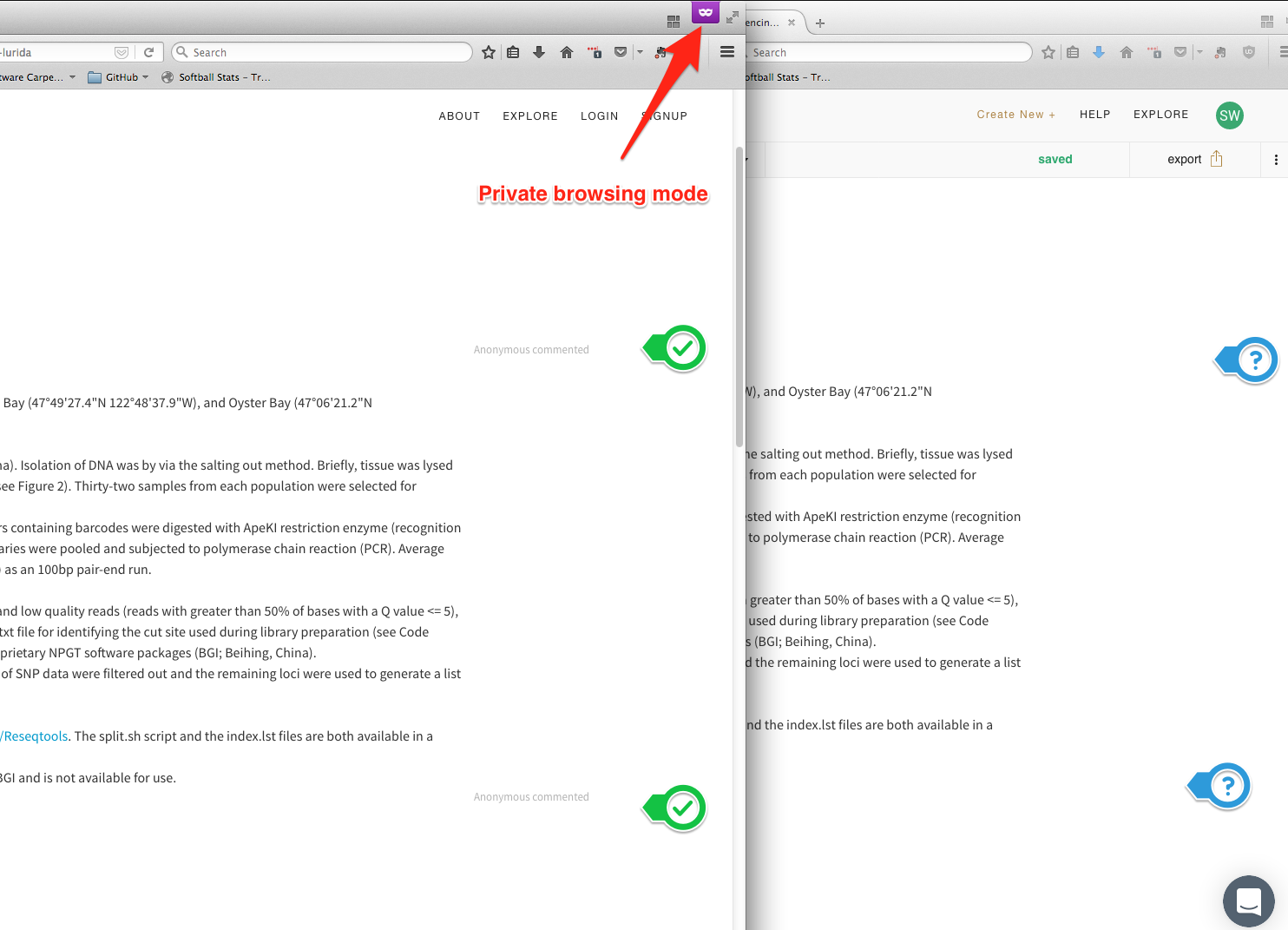 I found this out by using the chat feature that’s built into Authorea. This feature is great and support is pretty quick to respond: 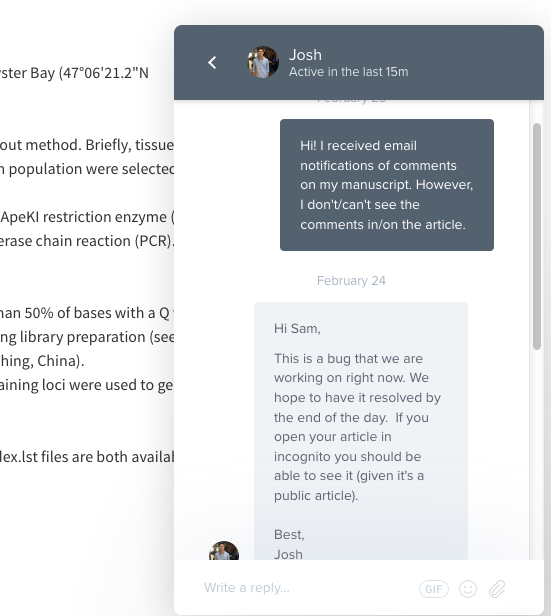 However, Josh at Authorea suggested this bug would be resolved by the end of the day (that was on February 24th). I took the above screenshots of my manuscript demonstrating that comments don’t show up when using a browser like a normal person, today, February 28th…

Another significant shortcoming to using Authorea as a collaborative writing platform, as it relates to comments: