Using the C.gigas cytochrome c oxidase (COX1) primers (SR IDs: 1713, 1714)I designed the other day, I ran a qPCR on a subset of Ronit’s diploid/triploid control/heat shocked oyster DNA that Shelly had previously isolated and performed global DNA methylation assay. The goal is to get a rough assessment of whether or not there appear to be differences in relative mitochondrial abundances between these samples.

I used 50ng (2uL) of DNA in each qPCR reaction. The DNA had been previously diluted to 25ng/uL by Shelly when performing her DNA methylation assay (Google Sheet), however I did need to prepare a dilution for sample T02 (control, triploid), as there wasn’t an existing 25ng/uL dilution in her box:

Firstly, as this is the first time these primers are being used, their performance looks good, based on the melt curves (see below); nice, tight single peak.

Overall, the qPCRs don’t look that great. Technical reps are remarkably bad, which is surprising and disappointing.

The data, via a quick visual assessment of differences between the various sample groups (see table below), suggests that there could be a difference between heat stressed diploid and triploid COX1 (i.e. mitochondrial abundance) numbers, however, there is a remarkably wide spread between biological replicates, as well as technical replicates. No statistical analysis was performed to compare these groups.

Summary table of means of replicate Cq values. Values have been grouped on various categories (table headers). A mean Cq value for each category is provided at the bottom of the respective column. 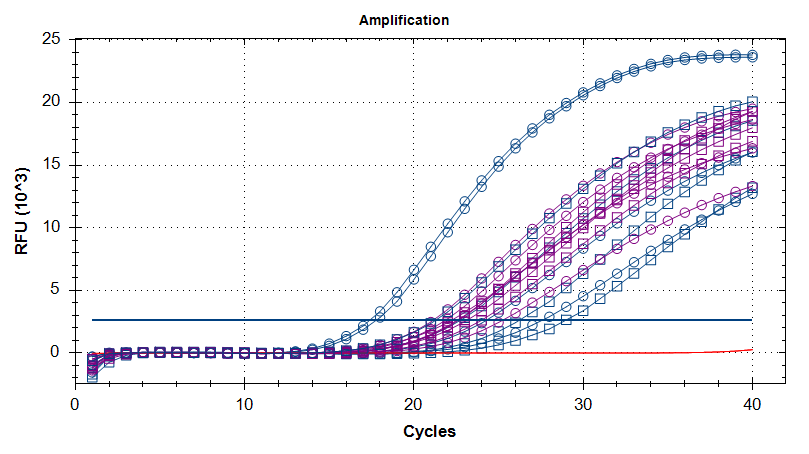 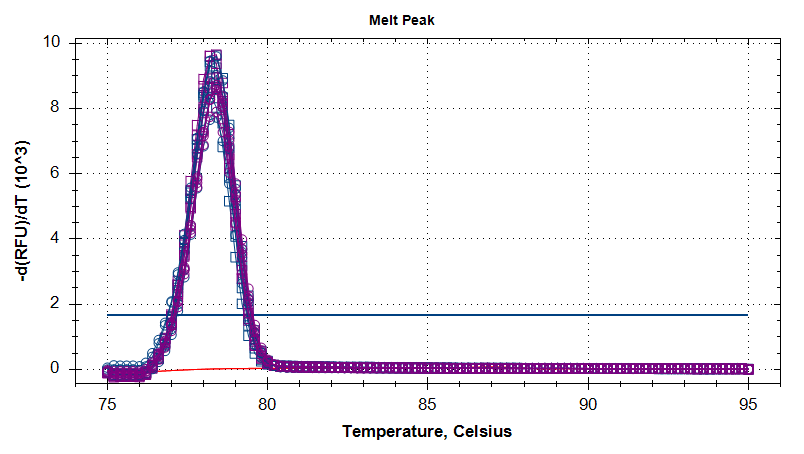