In order to do some genome sequencing on C.bairid and Hematodinium, we need hihg molecular weight gDNA. I attempted this twice before, using two different methods (Quick DNA/RNA Microprep Kit (ZymoResearch) on 20200122 and the E.Z.N.A Mollusc DNA Kit (Omega) on 20200108) using ~10yr old ethanol-preserved tissue provided by Pam Jensen. Both methods yielded highly degrade gDNA. So, I’m now attempting to get higher quality gDNA from the RNAlater-preserved hemolymph pellets from this experiment.

UPDATE: I isolated additional DNA later in the day and combined this isolation with the one from later. See this post. I’ll leave the original info below for posterity.

Yields a bit lower than I would’ve liked, but this is isolation is primarily to see what the gDNA integrity looks like from these RNAlater-preserved hemolyph samples.

Sample was stored at -80oC in: 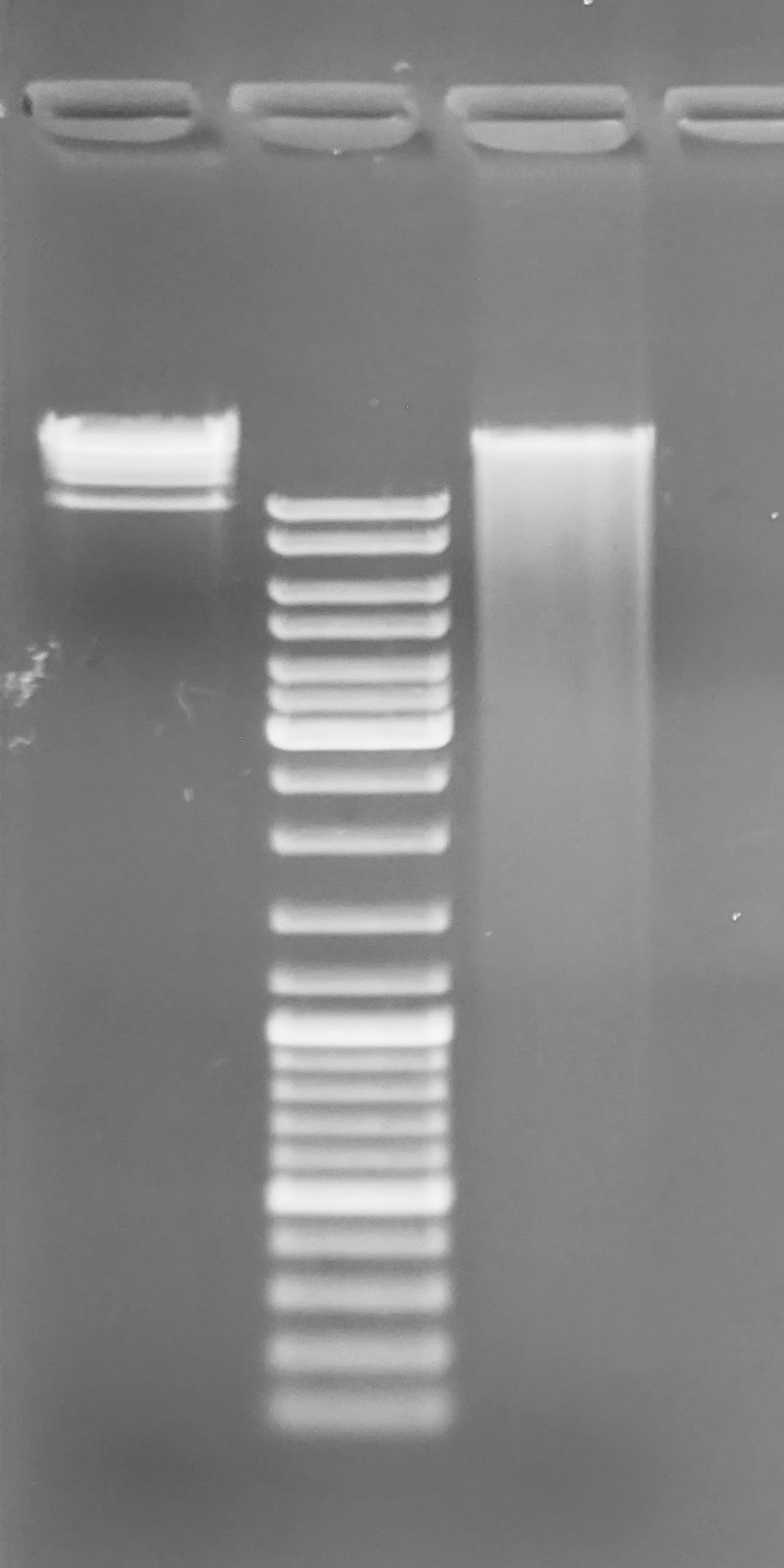 Alrighty, this gDNA looks significantly better than the two previous attempts using the EtOH-preserved tissue. Still smearing, but the bulk of the sample is high molecular weight gDNA, which will be suitable for sequencing via PacBio and/or NanoPore. Will isolate some more DNA in order to get enough to send for PacBio sequencing (need ~4x this amount…).