I previously annotated reads and converted them to the MEGAN6 format RMA6 on 20200414.

I’ll use the MEGAN6 GUI to “Open” the RMA6 file. Once the file loads, you get a nice looking taxonomic tree! From here, you can select any part of the taxonomic tree by right-clicking on the desired taxonomy and “Extract reads…”. Here, you have the option to include “Summarized reads”. This option allows you to extract just the reads that are part of the exact classification you’ve selected or all those within and “below” the classification you’ve selected (i.e. summarized reads).

Extracted reads will be generated as FastA files.

I will extract reads from two phyla:

After read extractions using MEGAN6, I’ll need to extract the actual reads from the trimmed FastQ files from 20200414.

It’s a bit convoluted, but I realized that the FastA headers were incomplete and did not distinguish between paired reads. Here’s an example:

However, the reads extracted via MEGAN have FastA headers like this:

Those are a set of paired reads, but there’s no way to distinguish between R1/R2. This may not be an issue, but I’m not sure how downstream programs (i.e. Trinity) will handle duplicate FastA IDs as inputs. To avoid any headaches, I’ve decided to parse out the corresponding FastQ reads which have the full header info.

Here’s a brief rundown of the approach:

This aspect of read extractions/concatenations is documented in the following Jupyter notebook (GitHub): 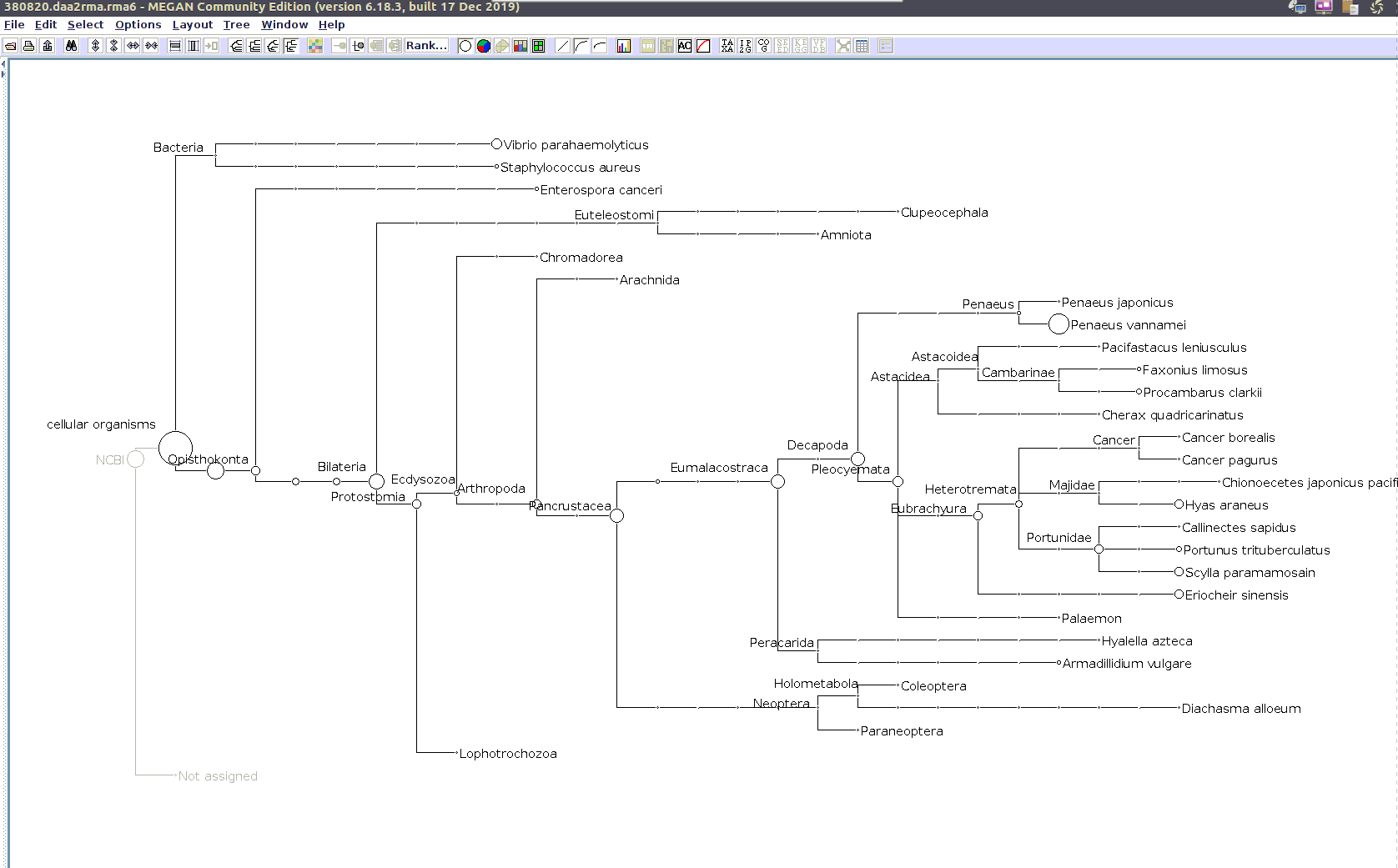 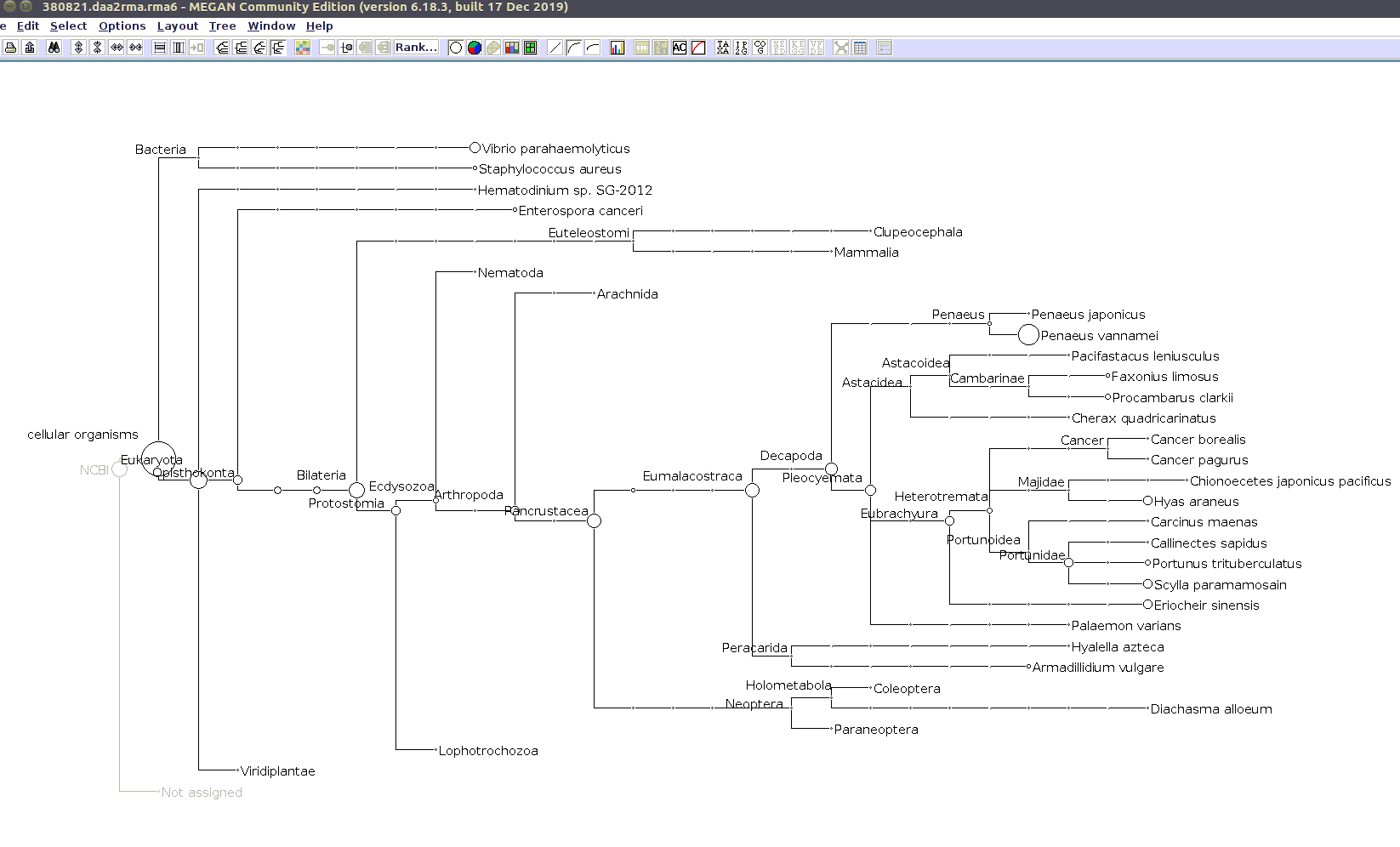 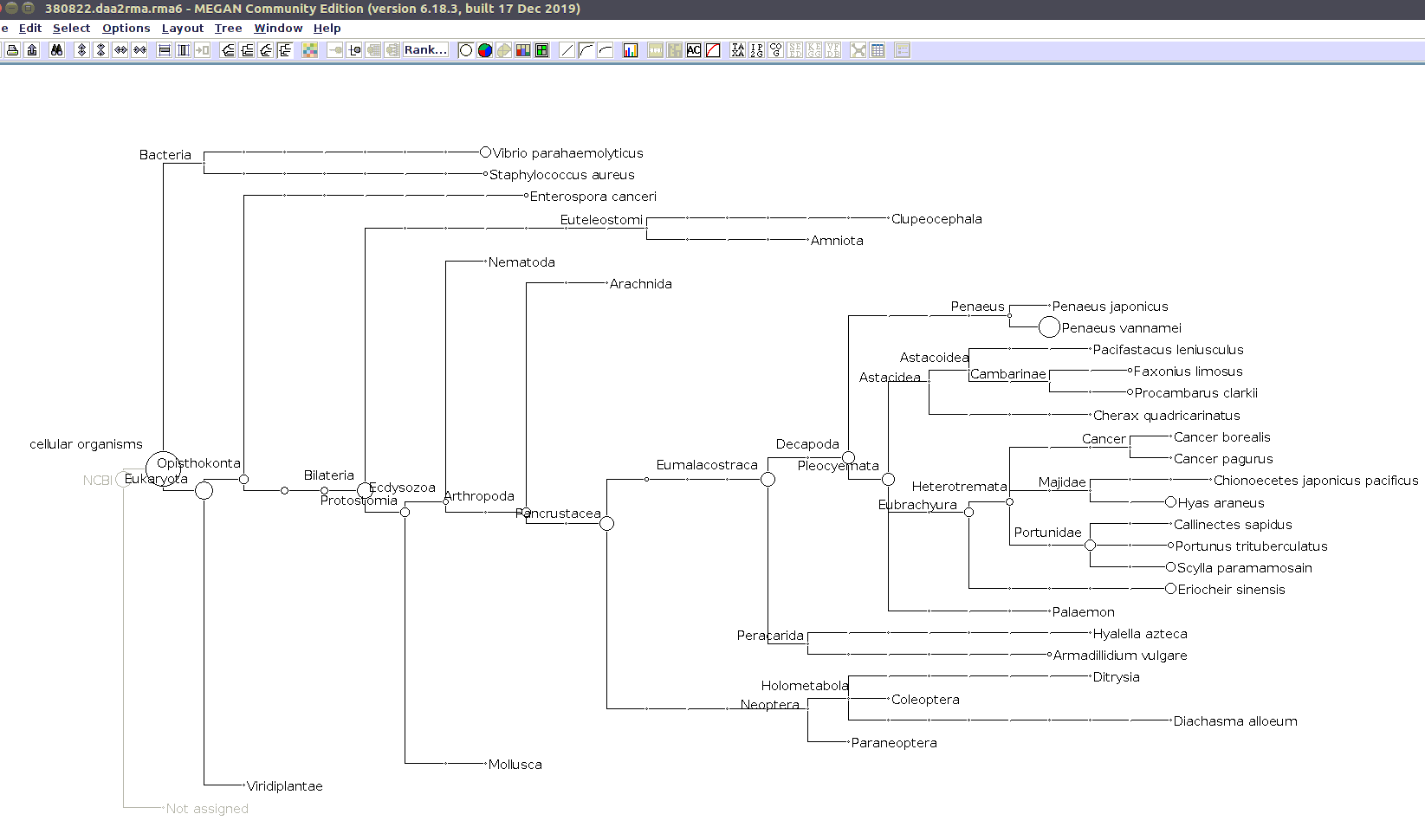 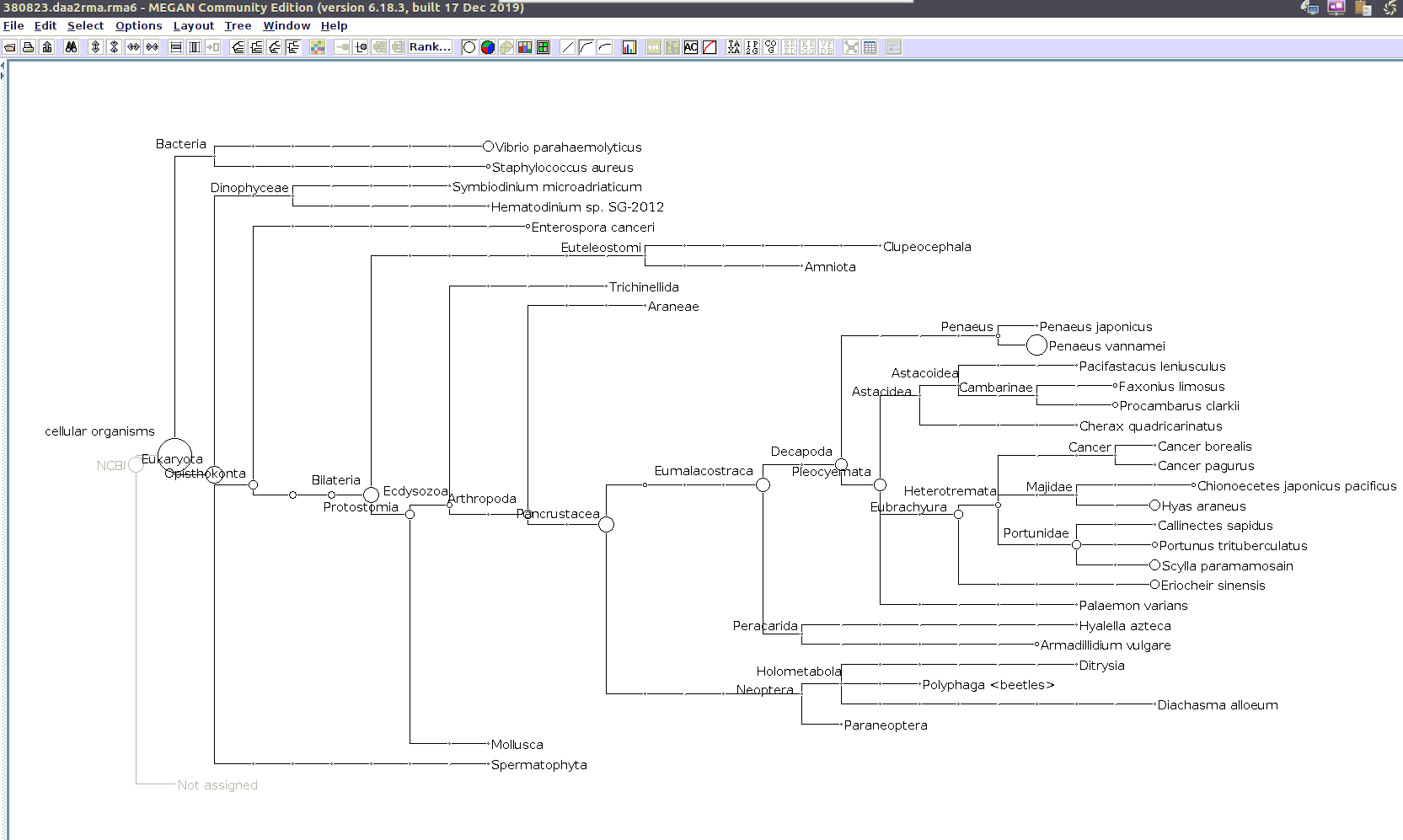 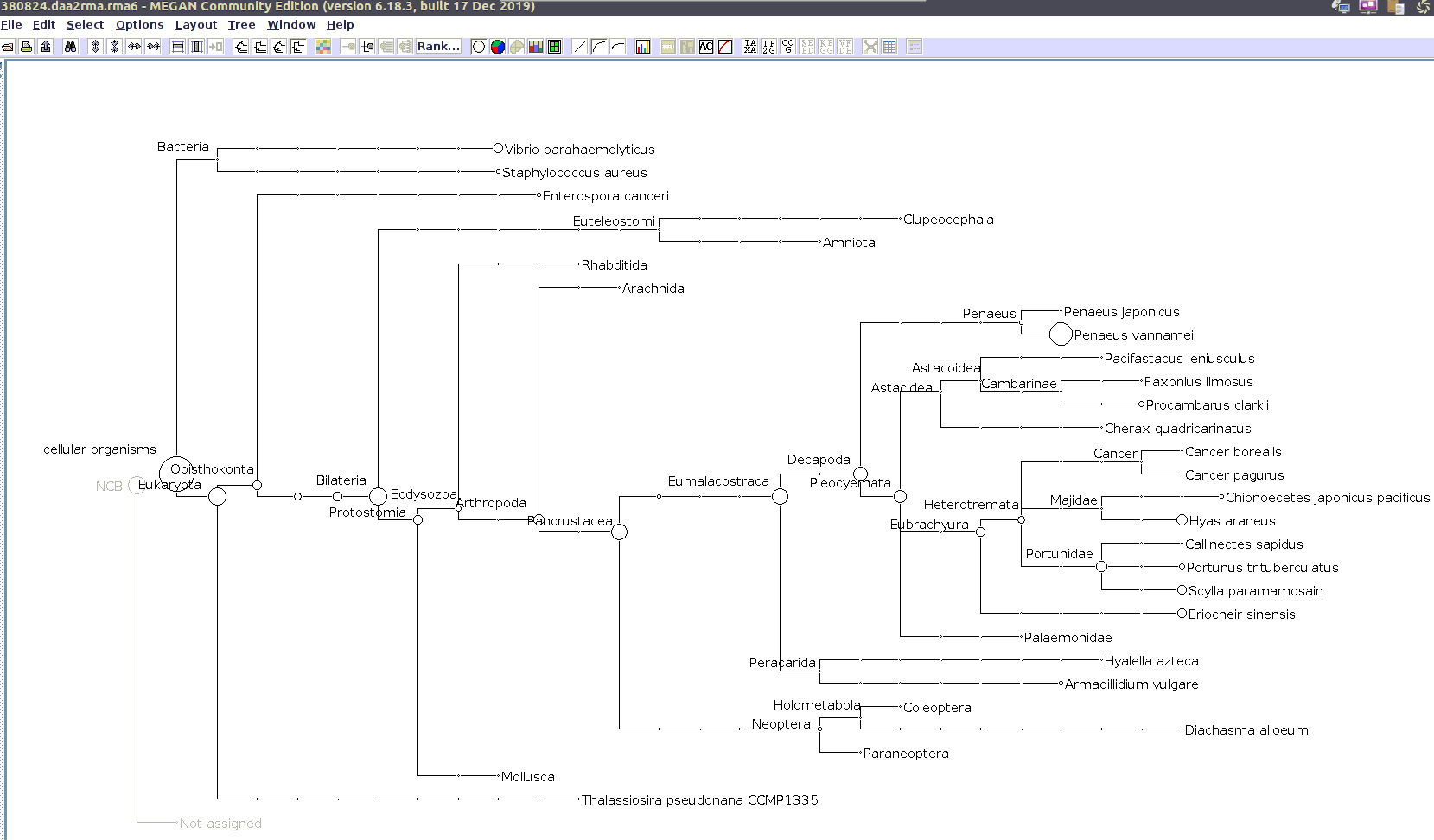 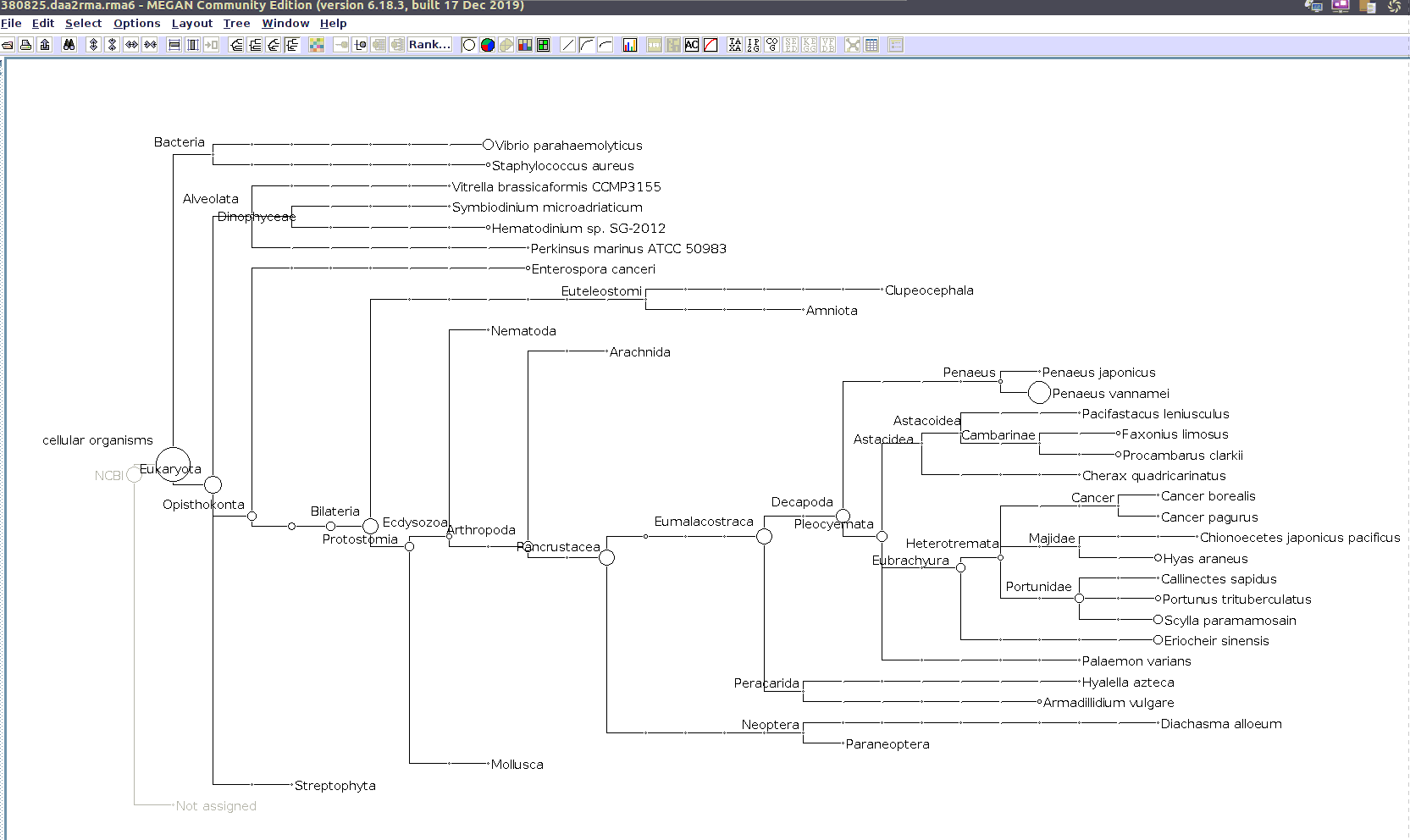